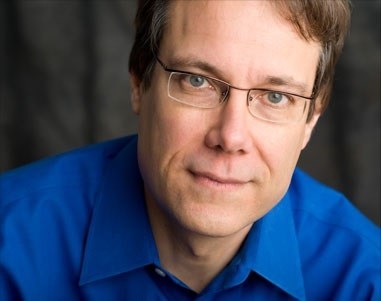 John W. Stout, March 21, 1957 - April 4, 2017. As we reflect on our lives, we often ask: “Did I make the lives of those I touched a little bit better? Did I help?” For John W. Stout (University of Michigan BM ‘79, MM ‘81), the answer is a resounding and unequivocal yes! John was an artist, philanthropist, entrepreneur, and a consummate gentleman. His passion for music and the arts started early in life. By age 15, encouraged by his high school band director, he wrote large scale works for band and orchestra. At age 21, he began to publish his music with commercial publishers, composing and arranging more than 500 works for bands and orchestras as well as film and television scores. John was the recipient of a number of grants, awards, and commissions from performing groups that ranged from K-12 to university bands and orchestras as well as professional ensembles including the Boston Pops Orchestra. John’s arrangements have been the cornerstone of the Michigan Marching Band’s halftime performances for over 41 years. As a freshman at the University of Michigan in 1975, John began his composition studies with Leslie Bassett, William Bolcom, and William Albright. A bassoonist, and tenor saxophonist in the MMB, John also holds the distinction of being the Marching Band’s first Donald R. Shepherd Scholarship recipient, awarded in 1978. This annual award is given to select junior and senior members of the MMB who have made exemplary contributions to the band throughout their time in the ensemble. There have now been more than 360 recipients of this honor. Inspired by this award John, and his wife Gail Ferguson Stout (BA ‘81), established the Stout Family Marching Band Scholarship in 2004, which honors musical excellence and a strong commitment to the MMB. Both John and Gail have served as members of the Michigan Marching Band’s Elbel Club committee, co-chairs of the MMB’s Victors for Michigan Development Committee, members of the School of Music, Theatre & Dance campaign advisory committee, and as supporters and members of the University Musical Society’s Ambassadors and Board of Directors. As an entrepreneur, John began his career in software development at the School of Music, Theatre and Dance as a student, first exploring the world of software using the school’s PLATO system, and then interning with Ford Motor Company. He helped create the award winning Video Voice, an early ‘80s computer game that assisted deaf people to learn to speak more clearly. He worked for several years at the U-M Space Physics Research lab, helping create software for a weather satellite that eventually flew on the space shuttle. John founded Stout Systems in 1993; an award-winning corporation that provides expert level software, web and embedded systems development consulting and staffing services. During his years as an independent consultant, John established a track record of providing cutting-edge technology to clients. As a result, John was named the “Overall Winner” of Corp! Magazine’s 2013 “Entrepreneurs of Distinction” award. Stout Systems expanded on John and Gail’s philanthropy, sponsoring University Musical Society performances, downtown Detroit’s Tech Town, and multiple other organizations helping young entrepreneurs and IT professionals. John is survived by his beloved Gail (née Ferguson), his wife of 35 years; his children Michael (Amber) and Lauren; and his mother Mary Louise Stout (née Copley). He was the kind brother of Susan L. Hammer (Tony) and Steven C. Stout (Colleen) and sisters-in law Patricia E. F. de Castrejón (José) and Carol Radliff (Peter), and nieces and nephews Ana Washington (Marvin), Lori Castrejón (KC Knipple), Joshua Castrejón (Reneé), Nick Hammer, and nephew to Ruth Stout Hays and Dr. Paul B. Hays, as well as a wonderfully large extended family. John was preceeded in death by his father, William A. Stout. John’s devotion, care, and concern for the well-being of the University of Michigan Band Program has been inspirational and unforgettable. Through his many arrangements and compositions, we will be constantly reminded of John’s belief in arts education and the importance of music in our culture. Through his philanthropy, we will always be reminded of his love and support. We have lost a valiant victor who will be forever missed by those who had the honor and privilege to know him. A celebration of life will be held Sunday, April 23, 2017, at the Jack Roth Stadium Club at Michigan Stadium, Ann Arbor, Michigan. A short program will begin at 2 pm during what John wanted – a party! Members of the Michigan Bands will perform. Memorial contributions in John's honor may be made to: The Michigan Marching Band Elbel Club Fund #303403, providing valuable support for the most urgent funding priorities of the Michigan Marching Band (MMB), including support for MMB students. Revelli Hall, Att: Kimberly Baumgartner, 350 E. Hoover St. Ann Arbor, MI 48104-3707 The University Musical Society (UMS) Orchestral Residency Fund #925801, supporting UMS's significant commitment to orchestral residencies on the U-M campus, including a unique three-year partnership with the New York Philharmonic. The University of Michigan Cancer Care Center Bone Marrow Transplant Unit Fund # 363382 Gifts ensure that severely ill cancer patients, whose conditions require that they undergo this highly specialized treatment, receive the most compassionate care, the benefits of multidisciplinary collaboration, and the latest research innovations. How To Make A Gift: Go to leadersandbest.umich.edu and click on the "Give Now" button. You can then enter the fund number directly into the search box.
VOIR PLUS VOIR MOINS