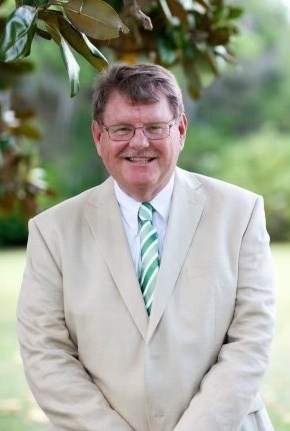 Daniel Wayne McKelvey of Okemos passed away on Sunday, November 27, at the age of 77. Dan was born and raised in Farmington. He graduated from University of Detroit Law School, where he played baseball as an undergrad. His career as an attorney included starting in the prosecutor’s office where he made many lifelong friends, several years in private practice, and an in-house position at Blue Cross Blue Shield for more than 20 years. He loved fishing, golfing and rooting for the Tigers and the Spartans. He was a volunteer with the Big Brothers and Big Sisters organization for many years, and was honored with the Big Brother of the Year award in 2016. Dan was a loyal member of Saint Martha’s parish. Faith, family and friends – those were the priorities for Dan. Dan is survived by his wife of 54 years, Maureen; his children, Kerry (Karl) Gabrielson, Maura (Carter) McGuire, Nolan (Autumn) McKelvey, and Molly (David) Buckles; grandchildren, Caitlin and Nolan Gabrielson, Ada McKelvey and Jack Buckles; siblings, Sue (Dave) Andrews and Chris Simpson; in-laws, Sharon & Ron Sural, John Nolan and Larry and Laurel Nolan; Little Brother, Makayale Nixon; and numerous nieces, nephews, godchildren, and their children. Preceding him in death are his parents, (Marshall and Dulcie McKelvey); sister, Alice; and sister-in-law, Linda Nolan. A funeral Mass will take place on Monday, December 5, 2022 at 11:00 AM, with a one-hour prior visitation from 10:00 AM to 11:00 AM, at Saint Martha’s Catholic Church, 1100 W Grand River Ave., Okemos, MI 48864. Following Mass, Daniel will be laid to rest in Glendale Cemetery, 2500 Mt Hope Rd., Okemos, MI 48864. Memorial contributions in Dan's memory can be made to the Big Brothers Big Sisters Michigan Capital Region, 7200 W Saginaw Hwy., Lansing, MI 48917. Fond memories and expressions of sympathy may be shared below for the McKelvey family.
VOIR PLUS VOIR MOINS