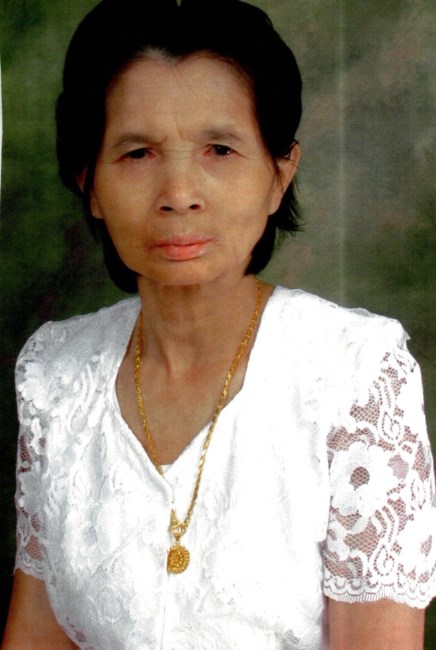 Sourn Nourn was born in January 1943 in Tani Touk Meas district province. As a child, Ssourn Nouorn came to live in Phnom Thep Pdey village, Koh Khor-lor commune, Moung district, Battambang province with her grandmother. Sourn Nourn soon became an adult and met with Khek Lay, her husband. They were married and she worked as a farmer. They had seven children, three daughters and four sons. In order of their birth, they are Mony Khek, Mono Khek, Monica Khek, Kimlaryeen Khek, ,Noum Khek, Noeum Khek and Nalinnee Khek. She has several grandchildren and great-grandchildren. In 1979, the post-colonial regime came in power and she and her family moved to live in Toul Mortesh village until 1979. Once the Vietnamese army overthrew the dark regime of Pol Pot from power, she and her family returned to live in Otaki village. In 1979, she escaped to the Khmer-Thai border in the new camp, Thailand. She lived there shortly and luckily, the United Nation brought her family to the refugee, Khoa I Dang Camp until 1984. She and her family were accepted by the United States to resettle in Fall River, MA until her death from illness at the age of 79 years on August 6, 2022 at 1:00 am at St. Anne’s Hospital. Her services will be Friday, August 12, 2022 from 8:00 – 9:15 AM in the Waring-Sullivan Home at Cherry Place, 178 Winter Street, Fall River followed by cremation at 10:00 AM in Swan Point Cemetery, Providence, RI.
VOIR PLUS VOIR MOINS