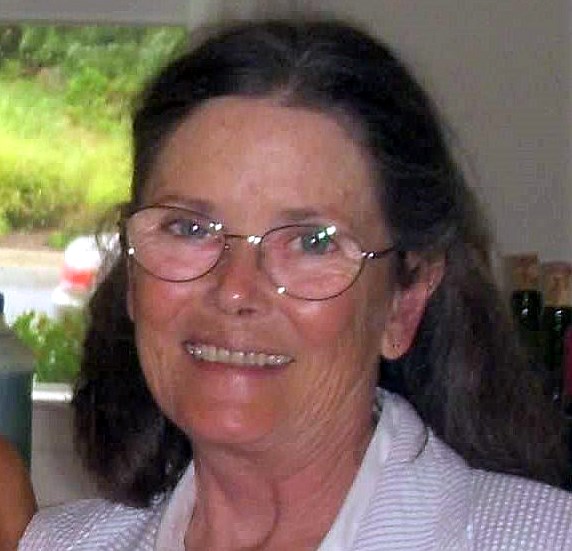 Jane Marie Newbury of Arlington, VA passed peacefully in her sleep on November 22, 2021 with family by her side after a courageous 3-year battle with pancreatic cancer. Born February 7, 1947 in Newport, Rhode Island, Jane attended St. Augustin’s Elementary School and St. Catherine Academy in Newport and graduated from Boston College in 1969.

As one of six children growing up, Jane spent her childhood enjoying the New England life at the local Gooseberry and Hazards beaches, playing tennis, and drinking plenty of Awful Awful milkshakes from the Newport Creamery. She excelled in school, loved writing poetry, and longed for the sounds and smells of the ocean. After college, Jane became a second grade elementary school teacher at the Underwood Elementary School in Newport, Fort Campbell in Tennessee, and Marymount in Arlington, until focusing full time on raising her three children and teaching them kindness, empathy, humility, and love. She raised her family in McLean, VA and lived in Sandbridge Beach, VA for 16 years after her kids graduated from college. Jane was a friend to those who needed it the most, visiting with the homeless after church on Sundays and providing them gifts during the holidays. She always had an adopted rescue dog as her companion, doing her part to make the world a better place for all living creatures. Jane prayed for peace across the globe and for those less fortunate than her.

Jane’s faith in God and devotion to the Catholic Church and her family guided her during her final months. She is fondly remembered for her kindness, generosity, and charity, and was a loving daughter, sister, mother, aunt, friend, and neighbor. Jane will be sorely missed by those whose life she touched and her memory will live on forever through her children and grandchildren. Jane’s family is truly thankful for her friends and family, her medical teams and caregivers, and the outpouring of support from childhood friends and neighbors.

Jane is preceded in life by her father George Edward and mother Helen Shea, sister Mary, and brothers George and John. She is survived by her loving children Jennifer Cowley (Tom) of McLean, VA, Elizabeth Cummings (Brian) of Arlington, VA, and John Feore III (Karine) of Arlington, VA; seven beautiful grandchildren, Caroline & Tommy Cowley, Charlotte, Addison, & Carter Cummings, and Jackson & John Feore IV; former husband John Feore Jr. of McLean, VA; sisters Helen Newbury Burke and Nancy Newbury of Newport; and countless nieces and nephews. Donations in Jane’s memory may be made to the Pancreatic Cancer Action Network (pancan.org), So Others Might Eat (some.org), or to the Virginia Beach Society for the Prevention of Cruelty to Animals (vbspca.com).

A celebration of Jane’s life will be held on Saturday, December 4, 2021 at 1 PM at Holy Trinity Catholic Church in Washington, DC. A memorial gathering will be held on Friday, December 3 from 4-7 PM at Murphy’s Funeral Home located at 1102 W Broad St, Falls Church, VA 22046.