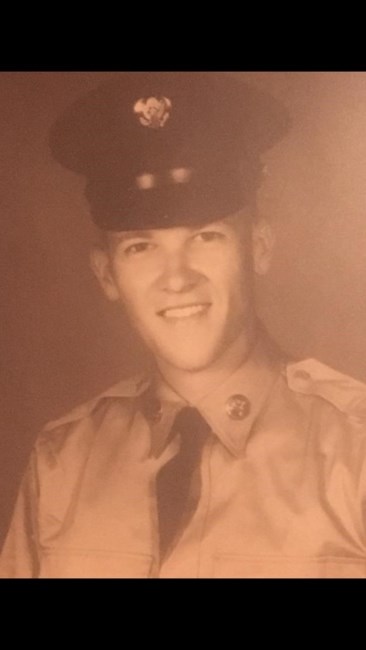 – Earnest Lee Chappell, 77, of MacArthur, Raleigh County, lost a long battle of illnesses, well fought but won the victory, and went home to be with Jesus on January 13, 2018 at the Bowers Hospice House at Prosperity, WV. Earnest was a 1958 graduate of East Bank High School, Kanawha County, WV. He was a veteran of the U. S. Army, serving from 1960 through 1963 as a Heavy Equipment Instructor and Diesel Mechanic at Fort Belvoir, VA and Camp Casey, Korea. Born on February 15, 1940 at Crown Hill, WV, a son of Worth L. Sr. and Hattie Mae Sims Chappell. In addition to his parents he was preceded in death by his brothers, Worth Jr. and James Chappell and two sisters Peggy Barber and Mary Anne McCoy. He was preceded in death also by his father and mother-in-law, five brothers-in-law, two sisters-in-law, five nephews, one niece-in-law, one great nephew and one great-great nephew. Those left to cherish his memory is his loving wife and companion of 53 years, Wavie Hundley Chappell, his two sons, Dale Lee Chappell (Tera), of Ansted, WV and Tommy Dwayne Chappell (Christa) of Fairdale, WV; three granddaughters, Laynie Marie, Christie Bliss and Tessalea Dawn Chappell; and four grandsons, Eric Dale, Andy Dwayne, Tommy Scott and Shawn Matthew Chappell, all of WV; one sister Patty Jean Hammond of Elkton, FL; six sisters-in-law, Nancy Chappell of Rock Hill, SC; Rosie Vealey (who has been like a mother) of Pratt, WV, Carol June Combs (James) of Wintersville, OH, Lovie Ruloff (Jerry) of Hopewell, VA, Freda Hundley of Pontiac, MI; five brothers-in-law Holley Hundley (Leona) and Robert Hundley (Millie) of Roscommon, MI, James Hundley (Norene) of Waterford, MI, Charles Hundley (Sue) and Jerry Hundley (Carol) of Hopewell, VA; many nephews and nieces and friends and a special friend, Paul Domingo who has been like a brother and his family, Jean, Anthony and Frankie Domingo who has been like a son. Funeral services will be held at 1 pm on Friday, January 19, 2018 at Good Hope Baptist Church at Graydon, WV with Pastor Delmas Wolfe officiating. Burial will follow at Good Hope Baptist Church Cemetery, The family will receive friends from 6 – 8 pm on Thursday, January 18, 2018 at Dodd-Payne-Hess Funeral Home, Fayetteville, WV. The Chappell family would like to thank all the doctors and nurses from the Beckley VA Hospital and those special nurses and friends from Hospice Care who were so diligently helpful in Earnest’s last days. Also, thanks to Keith Thorn his oxygen man who was so kind and helpful. God Bless each of you. For those wishing to express condolences to the Chappell family, you may do so by visiting our website at www.doddpaynehessfuneralhome.com. Arrangements have been entrusted to Dodd-Payne-Hess Funeral Home, Fayetteville, WV.