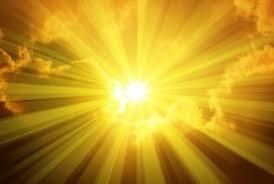 It is with great sadness that the family of Robert William Bocook announce his passing after battling ALS/FTD, at the age of 55, on Friday, December 15, 2017. He will be forever missed by his wife of 36 years Donna and children David and Caitlyn.

Robert was born on October 16, 1962 in Memphis, TN. He graduated from high school in Fayetteville WV and attended college in Price, Utah, where he lived happily with his family for 28 years, before moving to Bridgeport, WV. Also survived by his sister, Robin Kendall of Gig Harbor, WA; brother, Jeffrey Bocook of University Place, WA; and mother, Mary Martha Bocook of Gig Harbor, WA.

Graveside services will be held at 2 PM on Thursday, December 21, 2017 at Huse Memorial Park, Fayetteville.

For those wishing to express your condolences to the Bocook family, you may do so by visiting our website at www.doddpaynehessfuneralhome.com.