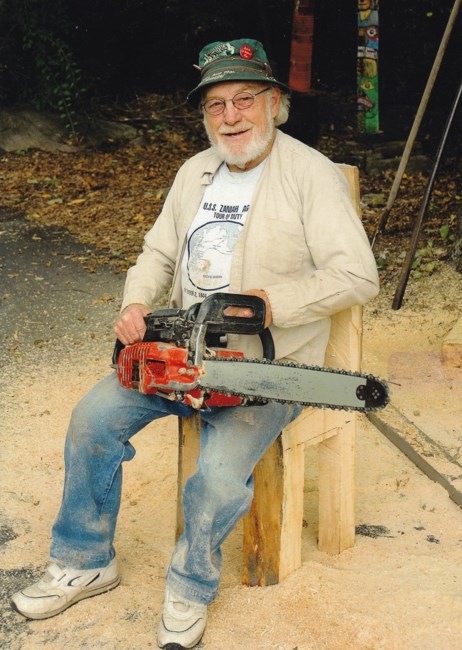 Clay Hudson Favell passed away peacefully on May 25, 2021 in Fort Smith, Arkansas. Hudson was born on April 4, 1926 in Charlotte, NC. When Hudson enlisted in the Navy, he discovered that his birth certificate stated his date of birth as April 5. It still remains a mystery, but Hudson celebrated his birthday on the 4th. Hudson, the son of a cobbler, grew up in Charlotte, NC, where he loved to hunt and fish, and worked on the family farm. When he was 17, Hudson enlisted in the US Navy, where he was assigned to the U.S.S. Zaniah, a Liberty ship, where he fought in Okinawa during World War II. He told many trying stories of war in reflections, and when serving as Grand Marshall at Memorial Day and Veterans Day services later in life. After the war, Hudson worked on the building of the Alaskan Highway, and then enrolled in Baylor University, where he met his first wife, Jean Marie Christy. He then went on to become an ordained Baptist minister and had a congregation in Louisiana and then North Carolina. Hudson and Jean were missionaries for the Southern Mission Board at the Baptist Medical Center in Nalerigu, Ghana, Africa. Hudson worked construction and Jean was a registered nurse. In Nalerigu, Hudson built a leprosy medical center, a dam and waterworks, and various hospital buildings for the medical center. The Favells raised their young family in Ghana, returning to the U.S. in 1965. Hudson then went to New Orleans to attend Baptist seminary, where he earned his Master’s Degree in Theology. After receiving his Master’s Degree, the family moved to Fort Smith, Arkansas, where Hudson practiced family counseling. After the death of his wife Jean in 1972, Hudson and the family moved to Poughkeepsie, NY, where he worked for the Foundation for Religious and Mental Health. He worked as a family counselor at the Community Methodist Church in Poughkeepsie (which later became the PUMC). He had additional counseling offices in Highland Falls and New Rochelle. Hudson met his second wife, Dr. Ada Rosen, of Dover, NJ, at a conference for counselors in 1973, where he was instantly taken with her. He commuted regularly between Poughkeepsie and Dover to be with Ada until they married on June 7, 1981. Hudson and Ada lived a storied life together. Hudson and Ada together founded the Lakeland Counseling Center in Dover, NJ, where both worked in counseling and therapy services for many decades. They also traveled the world, experienced being late life hippies, immersed themselves in art and good food and great company and love for 40 years together. Hudson was an incredibly talented artist. His specialty was woodworking. He made one of a kind pieces of wood art on his lathe. Ranging from wooden tables and table legs to toys, including figurines of people that would be incorporated in family therapy sessions. Hudson was immensely talented with a chisel as well, creating countless works of art by hand. After a trip to Alaska with Ada, inspired by the totem poles he saw and learned about, Hudson taught himself how to carve story poles. He created numerous story poles that artistically described the stories of his life, and life with Ada. Any visitor to Ada and Hudson’s home at Rock Ridge could see the story poles on display throughout the property. Hudson’s works of art became so well known that he received commissions to create for private and public projects, including the Story Poles of Dover and the Dover 9/11 Memorial. He received a Governor’s Award from NJ Gov. Christie Todd Whitman in recognition of his woodworking. Hudson and Ada relocated to Nashville to be closer to Ada’s family in their later years. Ada predeceased Hudson in October of 2020. Hudson then returned to Fort Smith, Arkansas to be closer to his family. In addition to his beloved wife Ada, Hudson is predeceased by his first beloved wife Jean Christy Favell, his parents, Benjamin Franklin Favell and Corine Favell, his brother Frank Favell, his daughter Louanna, and stepson Richard Rosen. Hudson is survived by his sister, Ruth Wood, of Olympia, Washington, daughter, Becky Ruth and her husband Billy, of Fort Smith, Arkansas, his sons Clay Hudson Favell Jr. of Mims, Florida, and Charlie Favell and his wife Marnie McKnight-Favell, of Poughkeepsie, New York; stepsons Robert Rosen and his wife Chris, and Jeff Rosen, grandchildren Melissa Walsh and her husband Joe, Clay Hudson Favell III, Renee Favell, Violet Favell, Jessica Rosen and her husband Matthew Semler, David Rosen and his wife Caitly Balthazar, Samuel Rosen, and great-grandchildren Alexander and Cameron Walsh, Caroline and Jack Semler, as well as countless friends and loved ones all over the world. Services will be private, cremation arrangements are under the direction of Edwards Funeral Home. In lieu of flowers, memorial contributions may be made to Wounded Warrior Project, P.O. Box 758516, Topeka, KS 66675-8516, or go to www.woundedwarriorproject.org
VOIR PLUS VOIR MOINS