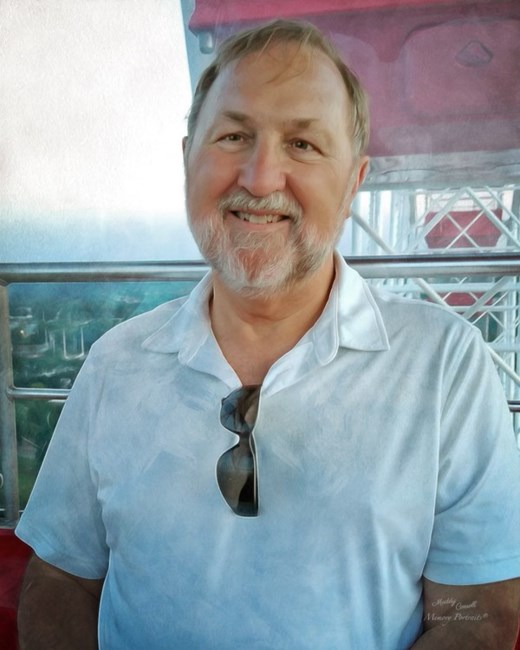 Ronald King Belote, age 68, of Fort Smith, AR went to be with our Lord on May 10 at Baptist Health Medical Center in Little Rock, AR. Ron was born on November 7, 1953 in Angelton, TX. He is the son of Troy N. Belote and Frieda King Belote (deceased). He is survived by his wife, Debbie Williams Belote, and two children: daughter, Jeana Belote; son, Robby Belote, and daughter-in-law, Leah Belote. He is also survived by his father, Troy Belote, his sister and her husband, Nikki & Dick Bradley, an uncle and aunt, Gary & Betty Belote, and six Belote cousins. Ron is additionally survived by his wife’s three younger sisters and two brothers-in-law (who all loved him as a brother): Becky & Chuck Bluse, Linda & Terry Huffmaster, Vicki Craft, and a host of beloved nieces and nephews. Ron’s family moved to Elkins, AR when he was in 1st grade. He graduated from Elkins High School in 1972. While in school, he was active in Washington County 4H leadership and made two trips to Washington, DC. He also served as a page for the Arkansas Senate. Ron loved sports and played every sport available at Elkins High School. When Ron was 14 or 15, the Elkins Church of Christ provided a scholarship for him to attend song leading school in Temple, Texas. Ron loves to tell the story of his grandmother, Beatrice Belote, traveling with him by bus to Texas. She stayed with a relative for two weeks while he went to school. Ron loved music, singing, and leading hymns in worship. Ron saw Debbie Williams at Center Street Church of Christ one Sunday morning in February, 1974 and asked her if she wanted to go for a ride around the block in his “new” car, a 1969 Opal GT. Their first date was February 13, 1974. They were engaged within three months and were married November 25, 1974 at Johnson Church of Christ. They have been married 47 years. Ron graduated from the University of Arkansas at Fayetteville in the spring of 1977 with a degree in Industrial Management. He worked for Arkansas Western Gas (6 years), Trane (10 years), and Baldor (which later became ABB, for 30 years). He was part of the Baldor Core Team, loved being part of a team, and counted his co-workers as good friends. He retired from ABB on January 10, 2020. Ron was a kind and gentle man, an analytical thinker, and a lifelong learner. He loved his family and worked hard to provide for them. After retirement, Ron became a volunteer for The Hope Chest and greatly enjoyed his time there. His hobbies included golfing and travel with Debbie, family or friends. He loved to sing, and was known to pull out an Elvis song now and then. He had a boisterous laugh that could fill a room. He was a St. Louis Cardinal fan and started taking Jeana and Robby to games when they were little, and also helped them with their baseball card collections. He loved the Arkansas Razorbacks, especially football, basketball and baseball. Ron was baptized at the age of 10 at Elkins Church of Christ. His faith was deep and strong. When asked, he would always lead congregational singing. In 1980, Ron & Debbie moved to Van Buren, AR and began attending what would later become West-Ark Church of Christ. Ron worshipped with West-Ark for 42 years. He was a Bible Teacher, a member of the Business Management Team, and became an Elder/Shepherd in March, 2007. He loved his church family and lived a life filled with the fruit of the Spirit. Galatians 5:22-23, But the Holy Spirit produces this kind of fruit in our lives: love, joy, peace, patience, kindness, goodness, faithfulness, gentleness, and self-control. Memorial service for Ron will be held 10:00 A.M. Monday, May 16, 2022 at West-Ark Church of Christ. Memorial graveside service will follow at 3:00 P.M. at Fairview Cemetery in Fayetteville, AR. Cremation arrangements are under the direction of Edwards Funeral Home. In lieu of flowers, memorial contributions may be made to West-Ark Church of Christ, c/o Church Ministries, 900 North Waldron Road, Fort Smith, AR 72903 or go to www.westark.org
VOIR PLUS VOIR MOINS