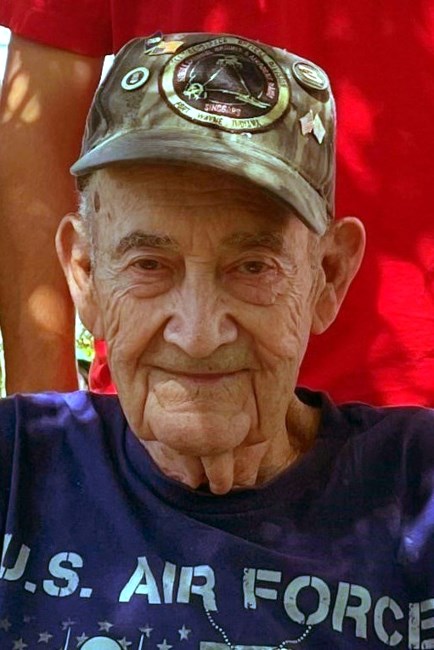 Herman Kelly, 82, of Fort Wayne, Indiana, passed away on Tuesday, September 13, 2022. Born on June 10, 1940, in Jolo, West Virginia, he was a son of the late Creed and Cora Kelly. Herman proudly served his country in the US Air Force for over 12 years, retiring in 1970. He then went to work for ITT Industries, for over 35 years. Herman was a member of the VFW Post #10006, and the American Legion Post #330. He was an avid NASCAR fan, and loved working outdoors in his yard. Herman is survived by his wife of 60 years, Sylvia "Yvonne" Kelly; children, Robert Kelly, Lori Kelly, Tina (Matt) Hankley; grandchildren, Jeremy, Jessica, Luke, Jake, and Noah; and four great-grandchildren. In addition to his parents, he was preceded in death by his son, Rodney Kelly; and great-granddaughter, Lily Kelly. A Graveside service to honor Herman's legacy will be held at 12:00 pm on Sunday, September 18, 2022, at Lindenwood Cemetery, 2324 West Main Street, Fort Wayne, with Military Honors. Arrangements have been entrusted to D.O. McComb and Sons Lakeside Park Funeral Home, 1140 Lake Ave, Fort Wayne. Memorial donations in his honor may be directed to the VA Hospital, Fort Wayne. Fond memories and expressions of sympathy for Herman's family may be shared at www.McCombandSons.com.
VOIR PLUS VOIR MOINS