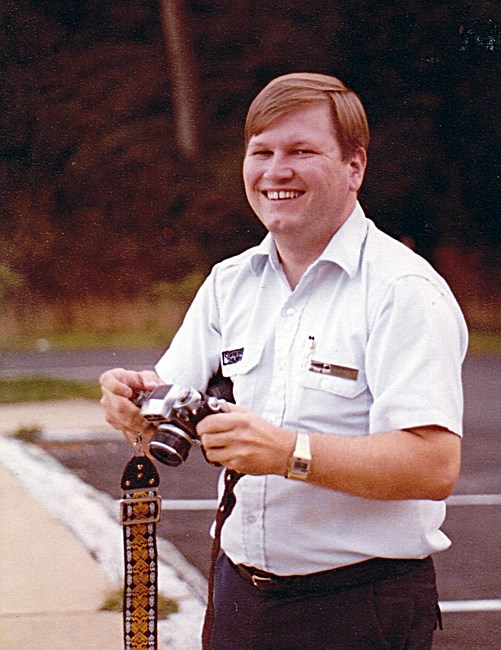 Charles Edward Robbins Jr, 71 years young, from Fort Worth, Texas passed away Sunday, August 14, 2022 at his home in Fort Worth, Texas. Visitation will be held at Shannon Rose Hill Funeral Chapel on Thursday, August 18, 2022 from 10am to 11am with a Celebration of Life to follow at 11am. The family invites friends to join them at Charlie Brown’s following the graveside service for lunch. Chuck was born in Fort Worth Texas to Charles Edward Robbins Sr. and Bobbie Jennell Massengale Robbins on December 5, 1950. He was a Handley Hound going to West Handley Elementary, Handley Junior High and Eastern Hills High School in Fort Worth where he played snare drum in the band. Chuck loved to travel and shared his desire of adventure with many family and friends. He drove an interstate tour bus for thirty-three years, traveling during winter, to the Colorado Mountains, Boston, New York, and Los Angeles, never having an accident, receiving safety awards, with multiple compliment letters from passengers and employers where he was promoted to General Manager at two bus companies. He enjoyed immensely working as Code Compliance for the City of Fort Worth and his co-workers before his retirement. He took sisters on trips to places like Las Vegas, New York, Nashville and Hot Springs. His dad, Charlie, to Alaska on a 28-day tour, his niece on a whirlwind tour to Memphis, New York and DC. He drove foreign exchange students on an 18-day trip, every year, for 10 years in a row. Co-driving an 18-wheeler with good friends across the country. He loved to ski, learning to ski a black diamond slope. He enjoyed restoring his home that once belonged to his grandmother and later his dad. He volunteered for the community, with Code Blue, Citizens Police Academy, Citizens Fire Academy, Community Emergency Response team, Police search team, and Handley Neighborhood Association, where he learned many skills, such as rappelling on the outside of a tall tower and installing pavement fire hydrant markers and smoke alarms. Chuck was active in patrolling the Neighborhood Watch, ride-in with the Fort Worth Police and Fire Departments. He had lot of fun and learning experiences while helping his community. Chuck has completed his journey on this earth to join his parents Charlie and Bobbie Robbins, his grandparents R. Frank and Juanita Massengale, Thomas and Maudie Robbins, his sister Jerry Darlene Cordova, brother Charles Richard H. Robbins, and many other family and friends. Chuck is survived by his sister Jackie Huff, brother Ricky Robbins and his wife Darleen, nieces Rhonda Hopewell and Shila Manley, Nephews Billy Gentry, David Cordova, Dwayne Cordova, Matthew Robbins, and Michael Robbins, Cousin Deborah Stackhouse, his brother in his heart Paul Pruitt, and many other loving family and friends. Memorials may be given to Assist The Officer in Fort Worth at https://atofortworth.org/make-a-donation/.
VOIR PLUS VOIR MOINS