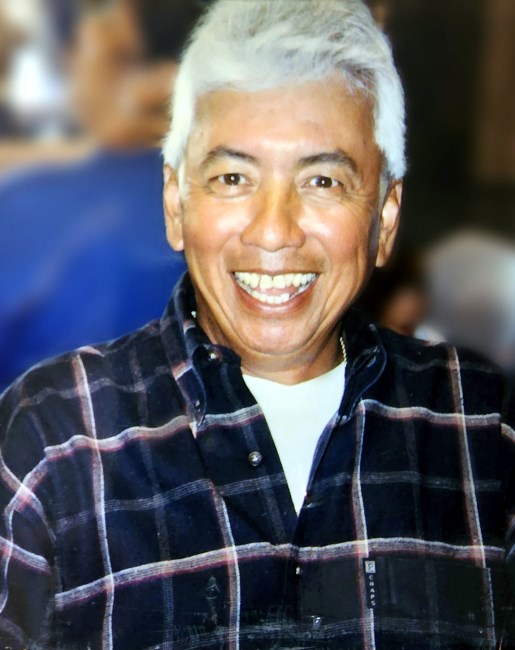 George Camacho of Fort Worth Texas passed away at the age of 72 at Dallas VA Medical Center on Friday September 23, 2022. Before being diagnosed with Parkinson's Disease a few years back, George Camacho lived a continually active and meaningful life. He was brought up and raised by his father, Arnold Camacho who passed away in 1993 and his mother, Annie Camacho who passed away in 1998; he was the oldest of his still living siblings. His sisters, Teresa Lara (TC), Annie Ramos, Hope Flores, Gloria Ramos; and brothers, Tony Camacho and Paul Camacho. After graduating from Trible Tech High School, George left home to go serve in the Air Force at the age of 22, George Camacho served as a Sergeant in the Air Force from 1972-1976 during the Vietnam War. George Camacho married once in his life and although his marriage to the still surviving mother of his four children, Rachel Garcia, ended in a divorce, he was blessed to have lived a life where he was able to show love and have that love reciprocated. George truly was a very caring, supporting, and loving father to all his still surviving children, Rose A. Gonzales, Priscilla Serna, Michael Camacho, and Tina Camacho and son in law Juan Serna. He was also an amazing grandfather to his still living grandchildren; Anthony Serna, Brandon Serna, Clarissa Serna, Delilah Camacho and to his granddaughter Cecilia Michelle Valdez, who passed at an early age. George Camacho loved playing golf and spending quality time with his family and friends every chance he got. George is and was loved by many, his memories will forever live in our hearts.
VOIR PLUS VOIR MOINS