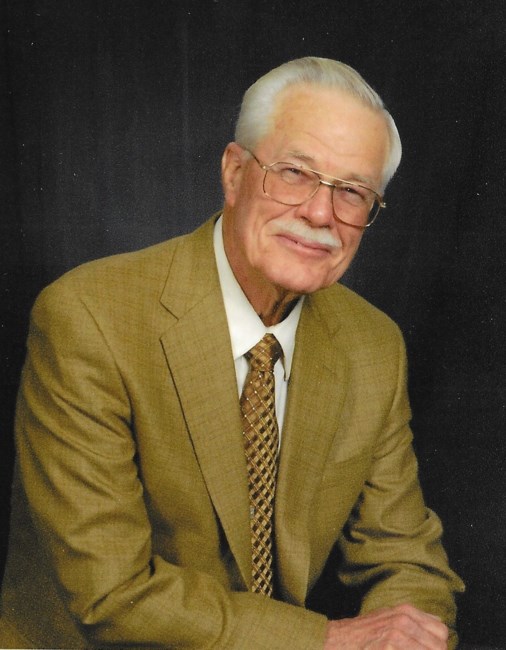 Gordon Lyman Brown was born Feb. 14, 1935 in Gladewater, Texas, the son of James Clinton & Katherine Elizabeth (Walker) Brown. He passed away Jan. 20, 2022, in Cat Spring, Texas. Gordon attended San Marcos Baptist Academy, San Marcos, Texas from 8th to 12th grade (1948 – 1953) and Texas A&I College, Kingsville, Texas with BS degree in Petroleum & Natural Gas Engineering. Gordon married Arlene Reba Thompson May 23, 1958, in Kingsville, Texas at the First Methodist Church. Arlene completed her education with BS in Math & Biology and BA in Secondary Education. Gordon was a veteran, serving in U.S. Military Signal Corps as 2nd Lt. and Army National Guard as 1st Lt.- Armor Weapons. Gordon and Arlene had four children, David Byron, Marvin Randall, Linda Kay, and Patricia Pauline; four grandchildren, and two great grandsons. Gordon worked for La Gloria Oil & Gas at Falfurrias, TX and Texas Eastern Transmission Corp. in Houston and Seguin, TX over a span of 9-years. Gordon then worked for Mobil Oil Corp. for the next 25 years in various locations at Luling, TX, Lake Charles, LA, Morgan City, LA, New Orleans, LA, Stavanger, Norway, Lake Charles, LA (2nd time), Freeport, TX , and Aberdeen, Scotland where he retired in 1992. Gordon was ordained Deacon in Bayou Vista Baptist Church (Morgan City, LA) in March, 1974 and remained active in Baptist churches wherever Gordon and Arlene resided. Gordon was a registered Professional Engineer in the State of Texas and in the State of Louisiana. Gordon and Arlene retired in 1993 to Marble Falls, Texas where Gordon worked in First Baptist Church as a Deacon and administered the Transportation functions for both adult and children ministries using one Tour Bus, one School bus, and five 15 passenger vans. Gordon was also active with the jail ministry. During the summers, departing about July 5th with his brother Jim and sister-in-law Helen and returning mid-September, Gordon and Arlene traveled extensively with their RV over most of the states in the western part of the U.S A., having their fishing boats to fish the mountain lakes. Other excursions included traveling to the eastern part of the United States and into Canada. Arlene came down with cancer in early 2003 and after treatments and subsequent radiology passed away on October 2, 2006. Gordon ceased all external activities to care for Arlene and take her traveling to places she wished to go in a motor home with gen-set and Oxygen generator. She loved to go!! Gordon was in contact with Joyce Colvin, who had lost her husband to cancer in 1997, through the annual North Sea Baptist Church (Norway) reunions here in the states. Both Joyce and Gordon families were known to each other in Norway; her husband also working for Mobil Oil in Norway during like periods overseas. They were married August 11, 2007, and Gordon moved from Marble Falls, TX to Southlake, TX where Joyce resided. They joined Countryside Bible Church soon after being married. Gordon bought a larger home in Keller, TX so they could accommodate all their children and grandchildren visits. They loved to travel and did many cruises to the Caribbean, Alaska, Pacific, and Europe via the Mediterranean and Baltic Seas. Funeral Services are scheduled for 1pm Thursday, January 27, 2022, at Countryside Bible Church, 250 Countryside Ct. #4317, Southlake, TX 76092. Graveside Services will follow at 11am Friday, January 28, 2022, at Lakeland Hills Memorial Park, 4219 Park Rd. 4 South, Burnet, TX 78611. Fond memories and expressions of sympathy may be shared at www.shannonrufesnow.com for the Brown family.
VOIR PLUS VOIR MOINS