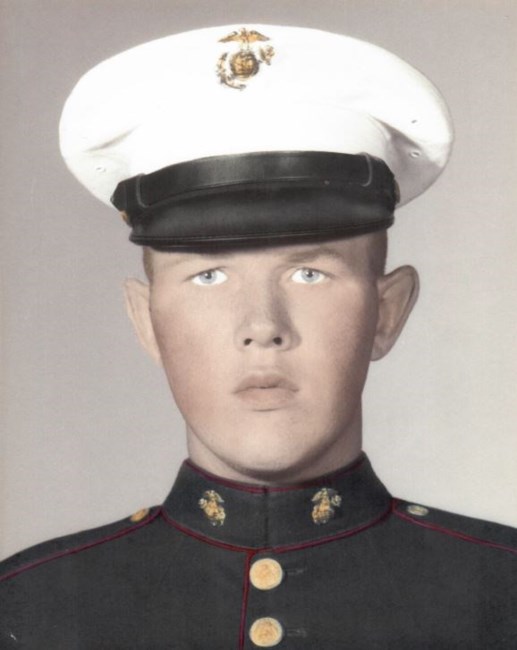 On Sunday, November 20th, 2022, Jerry James Chapman, loving husband, and father of three children, passed away at the age of 75. Jerry was extremely patriotic and believed in the value of selfless service. The Marine Corps motto of Semper Fidelis “Always Faithful” spoke to his commitment to friends, family, and country. Jerry enlisted in the US Marine Corps during the Vietnam War, serving as a Rifleman through multiple campaigns with the 2nd Marine Division. He earned commendations for his attention to duty and sacrifice, rising to the rank of Sergeant before receiving an Honorable discharge. He held true to his love of service and country, incorporating those into all aspects of his life. He is survived by his wife Charlene, three children, Brian Newkirk, Jerica Kruse, and Holly Chapman, and six grandchildren. A funeral service will be held on Monday, November 28th, 2022 at Anderson Funeral Home on 1357 E. Second St. Franklin, OH 45005. Visitation will occur beginning at 10:00am followed by service at noon and burial at 2:00pm at Dayton National Cemetery located at 4400 W. Third St. Dayton OH 45417.
VOIR PLUS VOIR MOINS