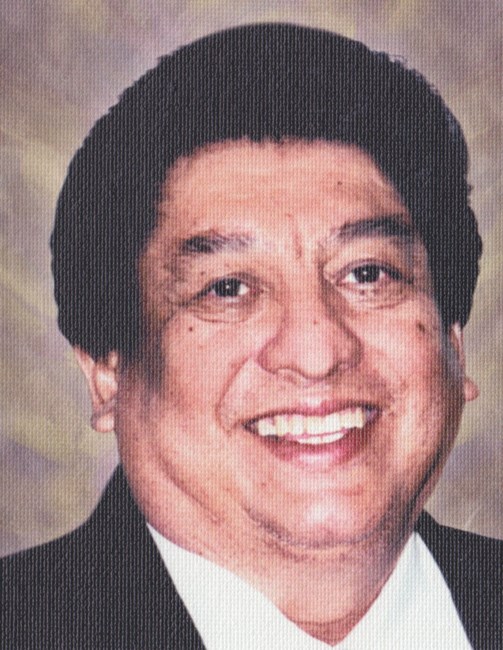 Peter “Pete” Calles, Jr, age 86, of Fresno, California passed away on Saturday, November 13, 2021. Pete was born August 16, 1935 in Fresno, California. He attended Edison High School and enjoyed a 27-year career with the State of California, retiring in 1998.

Pete is preceded in death by his wife, Martina Calles, the love of his life for over 50 years whom he met while their families were living in Popovich Village.

Pete would start his day with a cup of coffee and reading the morning newspaper. He was kind, humble, strong, caring, and such a good conversationalist. He was always eager to help in any way he could. Pete loved his immediate and extended families. He was always supportive and will always be a role model to those who knew him. He rarely asked for anything in return. He had fond memories of his family vacations to Disneyland and Universal Studios which often included his siblings and their families. You would be sure to find him at the Big Fresno Fair and many regional festivals such as the Watermelon Festival in Kingsburg and the Cantaloupe Festival in Firebaugh or other destinations such as Las Vegas, Reno, San Diego, Tijuana, Rosarito Beach, Long Beach, and San Francisco. Although he preferred driving, he once enjoyed an all expense paid trip to the Hawaiian Islands.

In addition to being a great son, father, brother, uncle, grandfather, friend and more, Pete was also a self-taught auto mechanic which brought him a constant parade of side jobs from family and friends. He loved working on anything that needed fixing. He even maintained a fleet of vans and busses for the International Ray Camacho Band. He enjoyed the comradery of the band members.

Pete was an avid Raiders fan and rarely missed a game and welcomed anyone to come over and watch the game with his family. He was a natural athlete and it is said that had he taken that path, he could have been in the NFL. His favorite baseball team was the Dodgers and enjoyed watching many sports such as boxing, golf, tennis, basketball and both summer and winter Olympics.

Pete loved Martina’s homemade enchiladas. Besides homecooked meals, his favorite eateries are Javier's Mexican Restaurant, Hometown Buffet, Denny’s Diner and Sizzler Family Restaurant, and whenever he could he was proud to join his extended family for monthly get-togethers at Yosemite Falls Restaurant.

Pete enjoyed music and would often listen to “I want to walk you home” because it is a song that reminded him of when he met Martina. He loved taking Martina to the Rainbow Ballroom for an evening of music and dancing.

A special recognition to all of his friends and relatives not mentioned; he loved and cherished each and every one of you.

Thank you for the memories.

Fond memories and expressions of sympathy may be shared at www.whitehurstsullivan.com for the Calles family.