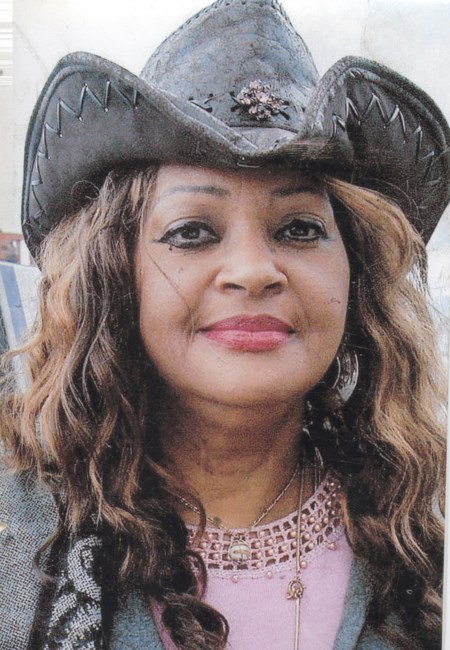 Florence Elizabeth Williams, age 67, of Front Royal, departed this life peacefully to be with the Lord on Sunday, December 24, 2017 at her home. A funeral service will be conducted on Thursday, January 4, 2018 at 1:00 p.m. at the Church of Jesus Christ of Latter Day Saints with Bishop Bartlett officiating in Front Royal. Burial will follow in Good Hope Cemetery. The family will receive family and friends from 11:00 a.m. until the start of the funeral service at the church. Mrs. Williams was born in Flint Hill, on August 16, 1950 a daughter of the late James Walter and Mamie Monday Underwood Roy. Florence was united in holy matrimony to Paul David Williams on April 10, 1971. She and Paul welcomed their first son Paul David Williams Jr. on September 18, 1971. Less than two years later they welcomed a second son Michael James Williams, Sr. on April 12, 1973. Florence adored both of her sons and a maintained a special bond that could never be broken with each one of them. Being the mother of two sons though challenging at times, being the best mom became her main focus. Some of the activities she and her sons enjoyed together were, shopping, drawing, singing, dancing, attending family cook-outs, and watching sports, mainly the Redskins football games every Sunday was their favorite. She was a carpenter exhibit specialist with Hargrove and Freeman Company and she was also a member of the Carpenter’s Union #491. She was an exceptional artist in drawing and painting. Overall, she enjoyed being with her family as much as she could. She loved to go out singing and dancing with friends and family, and especially shopping for antiques. Her passion was volunteering for a number of organizations a few of them included: Tuesday’s Table, and the Good Hope Cemetery Association. The Church of Jesus Christ of Latter Day Saints in Front Royal became a second home to Florence. She spent a considerable amount of time volunteering and fellowshipping with members of the church. Florence also enjoyed being a grandmother. She shared a special bond with her grandkids. She enjoyed spending quality time with her grandkids and had a special place in her heart for her daughter in law. She is survived by her husband Paul David Williams, Sr. her sons, Paul David Williams, Jr. and companion Darcee Camp of Front Royal, and Michael James Williams Sr. and wife (Francine) of Suitland, Md; her brothers, Smith Roy and the late (Phyllis) of Front Royal, and Russell Roy (Cordelia) of Md; her sister, Artelia Butler (Ray) of Front Royal; her grandchildren, Dominick Godfrey, Michael James Williams, Jr., Donovan Walter Williams, Savannah Amerie Williams,
VOIR PLUS VOIR MOINS