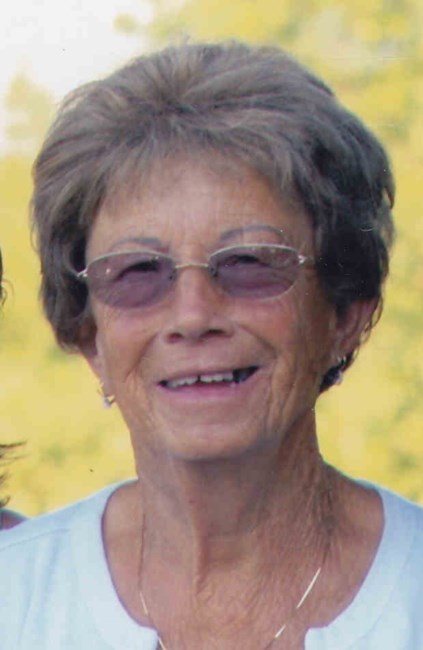 Margaret “Sissy” Louise Day, age 76, of Front Royal passed away on Friday, December 15, 2017 at her home, surrounded by her family. A funeral service will be conducted on Tuesday, December 19, 2017 at 2:00 p.m. at Turner-Robertshaw Funeral Home with Pastor Jay Ahelmann officiating. The family will receive friends from 1:00 p.m. until the start of the service at the funeral home. Margaret was born in Warren County on June 14, 1941 a daughter of the late Lelia Henry. She worked for the Warren County Public Schools in the cafeteria. She enjoyed sewing, mowing her lawn on her John Deere mower, and the company of family and friends on “the road”. She was a loving mother, grandmother, and great-grandmother. She especially enjoyed being with her grandchildren. She was Pentecostal by faith. She is survived by her daughters, Teresa “Sally” Smith and husband Glen, and Pamela Sisk both of Front Royal; her grandchildren, Gregory Sisk II and wife Melissa, Amber Smith, Shelly Sisk, Glenie Smith, Renee Shockey, and Tracey King; her great-grandchildren, Dillon Sisk, Noah Sisk, Trae Smith, Aniyah Baltimore, Heaven Sisk, CJ Baltimore, Kamdyn King, Ryker Sisk-Haffer, Nevaeh Smith, Ayden Smith, Carson Smith, and Gage Robbins; her nieces and nephews, Donald Santmyers, Patricia Sours, Marion “Susie” Bell, Mark Santmyers, Terry Santmyers, and David Santmyers. In addition to her mother, Margaret was preceded in death by her husband, Ralph Edward Day in 2000; her son-in-law, whom she thought of as a son, Gregory Sisk I; her sister, Betty Santmyers; and her great-granddaughter, Meliyah Jade Smith. The family would also like to thank her caregivers for their exceptional care, Sherry Tutundji, Patsy McDonald, Alvin McDonald, Amber Smith, Beth Fox, and friends and family on “the road” that took care of her. Honorary pallbearers will be her great-grandchildren, Colby Jenkins, and Gary McDonald.
VOIR PLUS VOIR MOINS