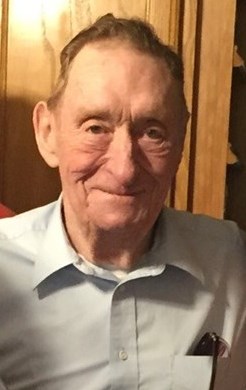 Leon Barkdoll, 82 -year-old Fort Collins resident who passed away early in the morning on May 29th at Seven Lakes Memory Care Center in Loveland Colorado. Leon Allen Barkdoll was born July 2, 1938, in Douglas, WY, to Paul and Ruth (Chroninger) Barkdoll. The family moved to Kaycee, WY in 1943. His family worked on various ranches until his parents opened P & R Cashway grocery store in 1950 at which point, he now had an after-school job. Leon graduated from Kaycee High School in 1956 where he was valedictorian (class of three). He continued his education with two years at Casper Junior College on a basketball scholarship and then transferred to the University of Wyoming in Laramie. He graduated in 1961 with a Bachelor Degree in Electrical Engineering. He moved to Casper WY where he started his career with the Bureau of Reclamation. He received a promotion at which time he moved his family to Montrose, CO in 1966. He worked in the Montrose office until he received another promotion. This promotion led him to Fort Collins, CO at Western Area Power Association (WAPA) in 1980. He worked for the government for 33 years, receiving multiple promotions. After his retirement in 1994 he enjoyed spending time with his wife Donna and all their furry pets, whether it be at home or on the road in their fifth wheel. Leon loved the outdoors and all it had to offer, fishing, camping. Some of his favorite memories were up at hunting camp. He is survived by four children, son Brett & Dana Barkdoll, Salem OR, daughters, Debbie (Dunagan) & Randy Kail, Pueblo, CO, Lisa (Dunagan) & Blake Yoder, Fort Collins, CO, Kathy (Barkdoll) & Mike Bott, Loveland, CO, 9 grandchildren, and 6 great-grandchildren. He was proceeded in death by his wife Donna, his parents and one grandson. The family will have celebration of life up at his favorite campsite in Wyoming later this year. Please visit www.allnuttftcollins.com to share a memory of Leon and to leave a message for his family.
VOIR PLUS VOIR MOINS