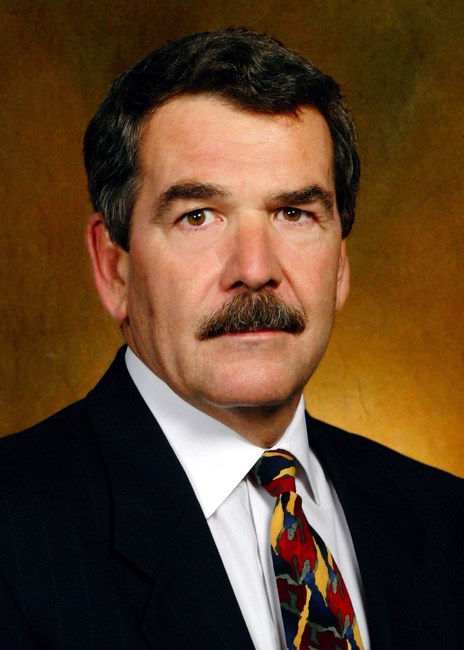 John Robert Burdick, 73, of Peoria, AZ, passed away January 31, 2021. He was born December 22, 1947, to Larry and Peggie Burdick, in Portland, ME. John graduated from Brewster High School, Brewster, NY, where he earned All-State Awards in football and wrestling. He attended Nebraska Wesleyan University on a wrestling scholarship and received his doctorate from Iowa State University, graduating with honors from both. John worked at Illinois State University as an assistant professor for two years. He joined Midwestern University as a faculty member, became a published virologist and microbiologist, and was Dean of Basic Sciences and Vice President of Clinical Operations when he retired from the university after 37 years. Concurrently, John served 26 years as a biological warfare specialist, reaching the rank of Lieutenant Colonel in the U.S. Army Medical Services Corps. He set up labs and gave lectures at Walter Reed Medical Center and military bases nationwide. He was deployed during the Gulf War Operation Desert Shield/Desert Storm and in charge of the Army's biological warfare defense. His huge heart and unwavering commitment to treating people in need took him to Central America and the presidency of DOCARE International where he organized and executed medical missions, working alongside his wife, Jan Burdick, Pharm.D., Ph.D., and other Midwestern University medical staff, alumni, and students. Two full-time clinics in Guatemala bear his name. His leadership led to recognition by the American Osteopathic Association, DOCARE, and ultimately the U.S. Army, awarding him the Humanitarian Service Medal. John also received the DOCARE Allaby Founder’s Award for his philanthropic support and commitment of service to medically underserved people. He was also honored by Midwestern University with the John R. Burdick Endowed Fund for International Medicine. Through the countless students he taught, faculty he mentored, and people he supported and served, his impact will be felt for many generations to come. In his leisure time, John liked to hunt and fish. As a lifelong fan of the NY Giants, one of the highlights of his life was working with the Glendale Fire Dept. on the Super Bowl the year the Giants played and won in Arizona. He loved listening to Enya, Bob Seeger, Carly Simon, and Fleetwood Mac, and relaxed by reading western-themed mysteries. He enjoyed fixing things, and he had the T-Bird as his fun retirement project. He loved water and swam to keep in shape when his back prevented him from running. John is survived by his loving and devoted wife, Jan; children, Abby Elsasser and Emily Bok; step-children, Drew McCrea, Cris McCrea, and Elyssa McCrea; and four grandchildren. He is also survived by his siblings, Larry Burdick, Barbara Fruci, Paul Burdick, and Jodi Hoover. He was preceded in death by his parents, Larry and Peggie Burdick of Friendsville, MD. Mass was held for John on Sunday morning at the Carmelitas Sagrada Convent in San Andreas Iztapa Guatemala. Interment of the cremains will be in Arlington National Cemetery with some ashes taken to the Guatemala convent and some to his favorite hunting place. A Celebration of Life ceremony will be held at Midwestern University in Glendale, AZ, when restrictions allow. Those wishing to honor John may contribute to the John R. Burdick Endowed Fund for International Medicine at Midwestern University.
VOIR PLUS VOIR MOINS