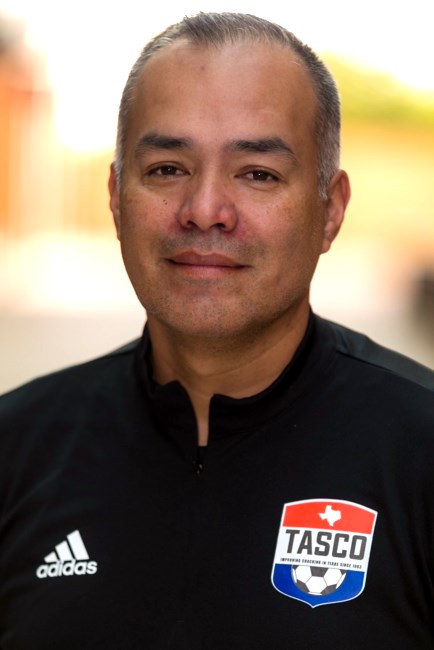 Joey Rodriguez, 44, of Abilene, Texas, passed away on Sunday, October 17 in Mansfield, Tx. A private visitation for the family will be held Friday, October 22 at 6pm. Memorial services will be at 1pm on Saturday, October 23 at the Arlington Fine Arts Center for Visual and Performing Arts, 900 E. Sanford St, Arlington Texas, with Anthony Criss, Brian Daniel and Eli Rodriguez officiating. Arrangements are by Bean Massey Burge Funeral Home. Joey was born in Big Spring, Texas to Joe and Susie Rodriguez on January 7, 1977. He graduated from Abilene High School in 1995 where he was active in soccer, football and marching band. Joey helped the varsity Eagles soccer team win their district in 1993 and the Eagles were Area Champions in 1993-1994. After graduating from Abilene High, Joey went on to play soccer for Southwestern University in Georgetown, Texas for two years before transferring to Hardin Simmons University in Abilene. While at HSU, Joey helped the boys soccer team win two conference championships and was named to the American Southwest Conference Academic All-Conference Team and the All-West Team. From 2000-2002, Joey helped coach the HSU Cowboys to two more conference championships as an assistant coach and the HSU men’s soccer team advanced to its first ever NCAA Div. III tournament. He graduated from HSU with a bachelor’s degree in Physical Education in 2001. He married longtime girlfriend Lena Guerrero on July 9, 2005 in Abilene, Texas and became a father when the couple welcomed twin girls in 2010 and a son in 2014. After earning his Bachelors degree, Joey went on to coach soccer in and around Texas for 19 years, including at Abilene High with an overall record of 21-5-1, Abilene Wylie High School with an overall record of 40-30-5, San Angelo Central High School with an overall record of 21-7-1, and at Northwest High School with an overall record of 27-27-10. Joey created a boys soccer program at Abilene Wylie High that would go on to win a Bi-District championship and he was an assistant coach on the football team that won a state title. At San Angelo Central, he coached the boys soccer team to the playoffs for the first time after 8 years and they won District, Bi-District and Area championships. The Northwest boys soccer team improved from 6 wins in Joey’s first year to 12 wins in his second year and won the first ever Northwest ISD tournament. Joey joined Arlington’s Sam Houston High School as head coach of the boys soccer program in 2009. He also served as an assistant coach for the Cross Country team. During his time at Sam Houston, the soccer team advanced to the playoffs 12 straight years and advanced to the state tournament in 2015, the first tournament appearance in the school’s history, and again in 2017. He ends his time at Sam Houston High School with an overall record of 43-14-14. Joey received multiple awards and recognition over the years including Teacher of the Year, District 5-4A Coach of the Year, and District 3-5A Coach of the Year (twice). He received his Master’s degree in 2015. He served on the Texas Association of Soccer Coaches board, was a Fellowship of Christian Athletes Advisor and coached youth soccer for Juventus Premier FC. Joey was a family man who worked diligently to meet both the needs of his wife and children. He tended to his children when they were ill, played soccer with them in the backyard, and always found time to connect with each one while consistently supporting his wife and her personal and career goals. He was baptized September 10, 2017 under the ministry of Barry Cameron at Crossroads Christian Church where he attended with his family 8 years. Joey is preceded in death by his maternal grandparents, Antonio and Mary Estrada, and his paternal grandparents, Antonio and Petra Rodriguez. Joey is survived by his wife Lena Guerrero Rodriguez, his daughters Mila and Lola, his son Ezra, his parents Joe and Susie Rodriguez, his sister Dolores Rodriguez Flores, his brothers Michael and Daniel Rodriguez, and 14 nieces and nephews. In lieu of flowers, the family is accepting donations for a memorial scholarship fund in Joey’s honor. Donations can be made on Venmo: @SHHS_Scholarship. The Rodriguez and Guerrero family wishes to extend our sincere thanks to the staff at Mansfield Methodist Medical Center (especially nurse Falon Shaw), Texas Association of Soccer Coaches, Arlington Sam Houston High School, Grand Prairie Fine Arts Academy, Garner Fine Arts Academy, the numerous soccer programs and clubs throughout the state, and the Arlington Independent School District for their care and support during this time.
VOIR PLUS VOIR MOINS