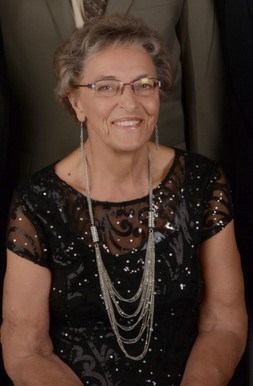 Carol Lee Bockius, 78, of Greeley, passed away Wednesday, November 18, 2015 at Hospice of Northern Colorado. She was born on February 13, 1937 on the family farm in Brighton to Ernest H.G. and Fredda (Bostwick) Kallsen. Carol graduated from Brighton High School in 1954. In 1955 she married Walter Bockius. They had three wonderful children, Kevin, Kerri and Kelly. They were married for 46 years, when he passed away in March 2006. In July of 1969, Carol became a Jehovah’s Witness. She was a faithful Witness for 46 years at the Kingdom Hall in Greeley. Carol enjoyed riding horses in her early years. Her and Walter bought a farm in the Beebe Draw area south of La Salle, where they had a dairy for many years. Carol was a good mother to her children and her family was her everything. She was a very positive person, had a kind spirit and a beautiful smile. In her later years, Carol enjoyed quilting and crocheting. She loved teaching others to sew. She made wonderful homemade fudge, as she was a chocolate lover. She enjoyed traveling all over the world. Carol is survived by two sons, Kevin (Nona) Bockius and Kelly Bockius; brother, Rick (Carol) Kallsen; three grandchildren, Christopher, Melinda and Jamie; five great-grandchildren, Nataa, Shanaya, Donovan, Mary and Danté and many nieces, nephews and cousins. She was preceded in death by her parents, husband, Walter, daughter Kerri and grandson, Samuel during childbirth, two brothers, Robert and Kent and a niece, Paige. Visitation will be from 5:00-8:00 p.m. Sunday, November 22, 2015 at Stoddard Funeral Home. Funeral service will be at 2:00 p.m. Monday, November 23, 2015 at Kingdom Hall Jehovah’s Witnesses, 3408 34th Street Road, Greeley. Memorial contributions may be made to Kingdom Hall Jehovah’s Witnesses in care of Stoddard Funeral Home, 3205 West 28th Street, Greeley, Colorado 80634. Please visit www.stoddardsunset.com to sign an online guestbook.
VOIR PLUS VOIR MOINS