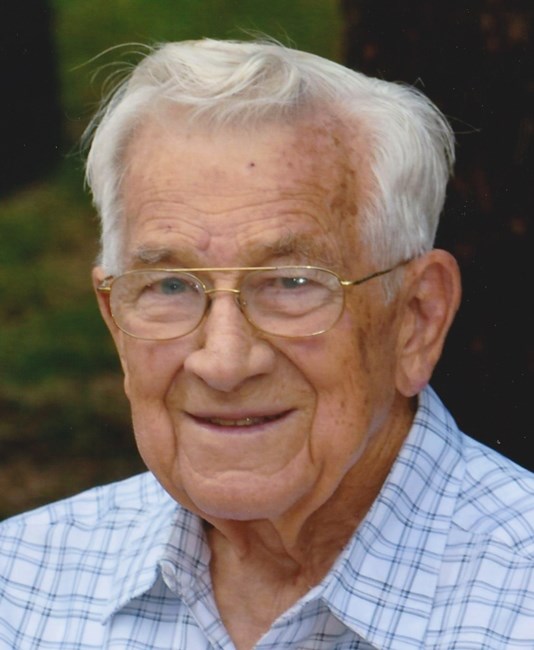 Robert Wayne "Bob" Corliss, 92, of Thornton, Colorado, passed away Saturday, August 6, 2022 at his home. He was born February 6, 1930 on a farm in Nebraska to Edward William and Florence (Brown) Corliss. Bob and his future wife, Viola "Vi" Fels, grew up in Hebron, Nebraska. They were married on February 7, 1954 and have been married for 68 years. Bob earned his Bachelor's Degree in Animal Husbandry from the University of Nebraska. In 1961, Bob and Vi moved to Greeley, Colorado to be close to family and then in 2020 they moved to Thornton. Bob worked as an insurance agent, selling insurance to crop dusters, and he also served as a Shriner and an Elder in the First Christian Church for many years. Bob loved flying and flew a small plane. He had a wonderful workshop and loved woodworking. Bob was a great storyteller and enjoyed visiting with people. He had an uncanny gift of remembering people's names and faces. He loved spending time with his grandchildren and great grandchildren and loved bragging about their accomplishments. Bob is survived by his wife, Vi Corliss; daughter, Jan McCaffrey (George); son, Jim (Kim) Corliss; daughter-in-law, Peggy Corliss; sister, Marilyn Moore (Jerry Reisner); brother, Herb Corliss (Diann); sister-in-law, Sharon Corliss; seven grandchildren, Ben, Luke, Kelsey, Matt, Andy, Jordan and Tori; five great-grandchildren, Sydney, Jac, Lillie, Mateo and Noah and numerous cousins, nieces and nephews. He was preceded in death by his son, Scott Corliss, his parents and siblings, Phyllis Cross and Kenneth Corliss. A Memorial service will be held at 1:00 p.m. Friday, August 19, 2022 at First Christian Church, 2230 13th Street, Greeley. In lieu of flowers, you may make memorial contributions to First Christian Church of Greeley in care of Stoddard Funeral Home, 3205 West 28th Street, Greeley, Colorado 80634.
VOIR PLUS VOIR MOINS