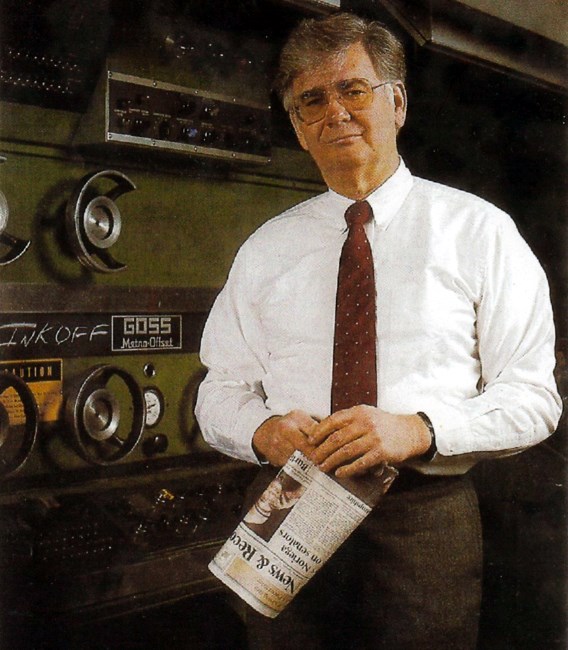 Robert D. Benson Sr. has died on May 12, 2022, in Greensboro, North Carolina. He was the retired Publisher and President of The Virginian- Pilot newspaper in Norfolk Virginia. He was Publisher and President of The Greensboro News & Record from 1980 until 1990 and President of The Roanoke (Va.) Times in the 1970s. He worked for several other newspapers during his career, including The Winston-Salem Journal and The Shelby Star. Benson was a native of South Carolina. He attended UNC Chapel Hill and received a B.A. in Journalism at George Washington University. He did graduate work at Harvard, Columbia, and Syracuse universities. He was a Marine Corps sergeant in Korea. He is survived by five children: Robert Benson, Jr. of Roanoke, Virginia; and Patricia Matthews, Alan Benson, Laura Benson Mims, and Carolyn Graves, all of Greensboro, North Carolina. He is also survived by 14 grandchildren and seven great-grandchildren. Benson contributed his body to the UNC School of Medicine for teaching and research. There will be no services or memorials. Fond memories and expressions of sympathy may be shared at www.haneslineberryfhnorthelm.com for the Benson family.
VOIR PLUS VOIR MOINS