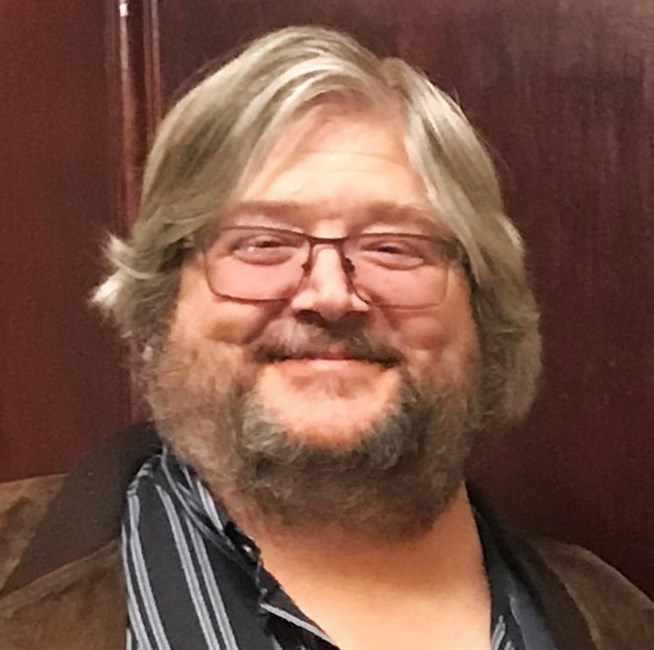 George Lee Griffith, Sr., 60, of Milford, Michigan, passed away at approximately 6 p.m. on Monday, September 19, 2022, at Ascension Providence Hospital in Novi, Michigan, after complications from long-term diabetes, heart disease, COPD, and an opportunistic Covid infection. He was born February 28, 1962, in Anderson, Indiana, the son of Earl Newell Griffith II and Alice Maudine (Mize) Griffith. He became emancipated at 17 when his parents moved to Georgia, and he stayed in Anderson until he joined the military at age 19. George enlisted in the US Army in 1981, attending basic training at Fort Knox, Kentucky; AIT at Fort Jackson, South Carolina; Airborne School at Fort Benning, Georgia; stationed at Fort Bliss in El Paso, Texas and Conn Barracks in Schweinfurt, Germany. He left active duty in 1984 upon returning home. He joined the active US Army Reserves in 1986 and remained part of the Individual Ready Reserves until 1993. He married Christy Jo Bicknell in 1979, and they had children Michelle Lee and George “Bo” Lee Jr. before divorcing in 1983. He met the love of his life, Ruth Alice McCullough, while they were both serving overseas in Germany, despite having grown up 100 miles apart in Indiana. They married on March 19, 1984, in Greensburg, Indiana, and had children Amanda Ruth, Benjamin Earl, Carl James, and Daniel Alexander. They were married for 38 years, and he was a devoted husband. He believed love meant thinking more about the other person than yourself. His extended illnesses weighed on him greatly, as they left him unable to devote what he saw as the right amount of attention. Nothing in the world mattered more to him than caring for his wife. From picking up little snacks every time he went to the store to bringing home random flowers, she was always on his mind. He rarely even left the room without asking if she needed anything. While serving in the Active US Army Reserves, he started college at IUPUI in 1986, attending part-time while working to support his growing family. He received his bachelor’s degrees in physics and electrical engineering in 1993. He was certified Six Sigma Black Belt. He actively sought opportunities to continue learning and shared that love of knowledge with others. His children said he never lacked an answer to their questions—even if he made them up on the spot. The nature of his work took him all over the country and into multiple industries. Some of his favorite jobs were at Northwestern University, General Dynamics, Motorola, and Phillips Electronics. He was highly sought in his field, receiving multiple inquiries per week years after he took down his resume. He loved an intelligent debate, a habit he picked up from his father. He enjoyed a good-natured argument. He was lifelong close friends with John Snelson and Ray O’Brien. He was also dear friends with Steve Richards, who preceded him in death. He developed close friendships with several of his brothers-in-law and nephews. He loved to have a good time and knew how to throw an epic party. For several years, he worked backstage with Tree County Players, helping bring shows to life. In college, he was an active member of the physics and astronomy clubs. He liked the Indianapolis Colts and despised the Tennessee Titans and New England Patriots. He loved food and trying new things. He cooked most of the meals and was well-known as a gourmet chef who could easily cook for an army. His favorite food was his wife’s lasagna, to the point he wouldn’t eat anyone else’s. Every year, his family has Christmas Lasagna, a fact that brought him great joy. He loved traveling to visit friends and family when his health allowed, and he adored having a full house. He was an avid video game fan and loved Star Citizen, spending countless hours traversing the universe. He adored scary movies and passed that love on to his children. For most of the past two years, he played Dungeons and Dragons weekly with family members as Jonathon, the overpowered wizard who had “seen some things.” He liked to watch terrible movies and insisted once one was started, it had to be finished, no matter how bad it was. George was a devout Christian, who was raised Methodist and frequently attended Mass at the Catholic Church with his wife. He is survived by his loving wife, Ruth Griffith; children, Michelle Cummings, George “Bo” Griffith Jr., Amanda (George) Browning, Benjamin Griffith, Carl Griffith, and Daniel (Tasia) Griffith; grandchildren, Dakota Cummings, Carrie Gasser, Katelyn (Doug) Reid, Gwendolyn (James) Gomez, Xavier Griffith, Amaris, Aarik, and Michael Browning, Nevaeh and Jordan Griffith, and Stormy and Dexter Griffith; four great-grandchildren; siblings James (Nancy) Griffith, Alice (Jim) Logue, Jessica Hutto; and numerous extended family members and friends. He was preceded in death by his parents, Earl and Alice Griffith; siblings, Carolyn Griffith and Earl Griffith II; grandchild Gabriel Browning; nephew, Doug Griffith; and many aunts, uncles, cousins, and friends. Viewing will begin with a Rosary at 3:30 p.m. and visitation will be from 4 to 7 p.m. on Tuesday, Sept. 27 at Gilliland Howe Funeral Home in Greensburg, Indiana. Funeral services begin at 10 a.m. on Wednesday, Sept. 28 at the funeral home, with visitation an hour before. Burial will immediately follow at Westport Cemetery, with a meal afterward at the Gilliland Howe banquet room. Memorial contributions may be made to Alcoholics Anonymous. Fond memories and expressions of sympathy for the Griffith family may be shared at www.gilliland-howe.com.
VOIR PLUS VOIR MOINS