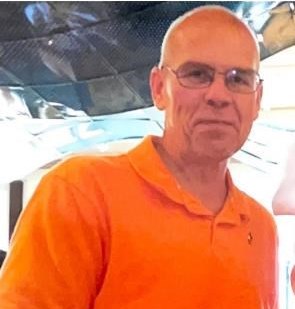 Thomas “Tom” Bridges passed away in his home on Friday, July 29th after a hard-fought battle with Multiple Myeloma. He was 58 at the time of passing. Tom was born in Chicago Heights on July 7th 1964 and grew up in Sauk Village, Illinois. He was the son of William & Patricia (Arvesen) Bridges. Tom moved to St. Petersburg, FL with his mother and brother Bill Bridges after his father’s passing. In 1989 he married Toni Marie Gill and the two lived happily together raising two boys. He was a production manager, spending most of his life in the pharmaceutical manufacturing industry. Tom was beloved by his co-workers for the immense pride he took in his work. He loved working out in the yard, as well as home improvement projects. He was an avid reader and supporter of all Tampa Bay area sports teams. Most of all Tom was a family man working hard to ensure his family was happy and cared for. Tom is survived by two sons, Alex and Sean. He is also survived by his brother Bill Bridges. A memorial service for Tom will be held Tuesday, August 9, 2022 at 11:00 AM in the chapel at Mackey Funerals and Cremations at Century Drive, 311 Century Drive, Greenville, SC 29607. In lieu of flowers, contributions in Tom's memory may be made to Multiple Myeloma Research Foundation, by clicking on the following link: https://give.themmrf.org/team/438621 Fond memories and expressions of sympathy may be shared at www.mackeycenturydrive.com for the Bridges family.
VOIR PLUS VOIR MOINS