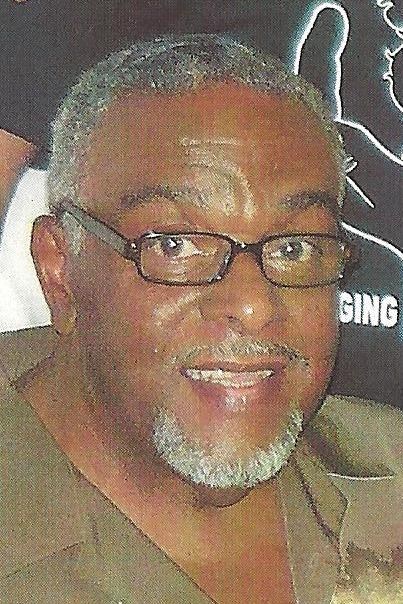 Adams, Charles ‘Bucky’ Richmond 75 went home to be with Our Lord and Saviour, Friday July 13, 2012. Born in Halifax, he was a son of the late Charles Augustus Adams and Susie Bertha Adams. “Bucky” volunteered at Northwood Center for over 20 years in the Harbourview Lounge and deemed this, ‘his Wednesday night ‘music therapy’. He grew up on Creighton St. with a musical career spanning over 60 yrs. In the beginning Bucky played the bugle, trumpet and tenor sax which quickly became his voice. He had a tender and unique style that came from the heart. Although self taught, he attended St. Francis Xavier University where he couldn’t resist forming a band with his three professors. Bucky formed many bands over the years including, Rockin’ Rebels, Road Runners, Ambassadors, Unusuals, and Basin Street. Many highlights in his career included: playing with Louis Armstrong at the Lobster Trap in the 60’s, playing with BB King at the Middle Deck in the 70’s; being featured with Oscar Peterson on Thrill of a Lifetime in the 80’s and on a weekly TV show called Canada Express. In the 80’s Bucky formed a band called Generations. It was showcased on the CBC radio program Identities. He received the Gabriel Award (International award sponsored by the UN for its highest level in broadcasting for excellence of production and content.) Personal accomplishments: musically inspiring and influencing young minds. He has played for: local schools, the Mass Choir, Symphony NS, and the National Arts Gallery, Ottawa. Bucky received the Pioneer Award from The African NS Music Assoc. He had a speaking part in the movie, Above and Beyond. He received the Queen’s Silver Jubilee Medal. The front cover of his CD “Freedom” reads: “Through the music on this CD, my desire is for you to feel through my music, allowing it to embrace you like loving arms giving you peace, calmness and freedom of your spirit. As I give this musical gift to you, I pray you are blessed with love fresh daily.” Survived by partner Glenda Huska, and wife Clara, daughters Venetia, Susan, Halifax; Kimberley Casey Toronto, special daughter Kenya Adams-Nesbitt (Paul). Sons Charles (Elaine), Corey (Ada), Martino (Judi), Halifax. Sisters Vivian Barbour, Oklahoma City, Elizabeth ’Betty’ Mitchell (George) London, Ontario , Sue Christmas, 15 Grandchildren,7 great-grandchildren and many nieces and nephews, as well as Darcie Huska and many children who called him Dad. Predeceased by sister Evelyn Powell, brother Charlie. A ‘Going Home Service’ will be held 11am Tuesday, July 24, 2012, in St. Patrick’s Church, 2267 Brunswick St. Halifax. Rev. Wallace Smith officiating. In lieu of flowers donations may be made in his name to support any local music program. The family would like to thank the nurses and doctors at the QEII Emergency Department. To view or place a online message of condolence please visit:www.cruikshankhalifaxfuneralhome.com
VOIR PLUS VOIR MOINS