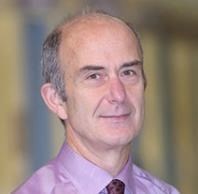 COUBAN, Dr. Stephen - died on March 19, 2019 in his beautiful home in Halifax. Born in Athens, Greece on February 24, 1961, he moved to England with his family and spent his formative years in Church Crookham, Surrey and Biggin Hill, Kent, attending Oaklands Lane Elementary School and Ravensbourne Grammar School. On March 25, 1975, he emigrated with his family to Nova Scotia, first to Prospect Bay and then to Halifax. He graduated from Sir John A. MacDonald High School and completed a Bachelor of Science (Honours) in Cell and Molecular Biology at McGill University. He then completed a Medical Degree (cum laude) at Dalhousie University followed by a rotating internship at the Queen Elizabeth Hospital in Notre Dame de Gras, Montreal. He was a general practitioner for two years in Elmsdale, Nova Scotia and then pursued further training in Internal Medicine at Dalhousie University, Hematology at McMaster University and a National Cancer Institute of Canada Terry Fox Fellowship in Bone Marrow Transplantation at the Princess Margaret Hospital in Toronto. Stephen joined the Faculty of Medicine at Dalhousie University in 1997 where he was Director of the Blood and Marrow Transplant Program for many years and Hematology Service Chief/Division Head. He held a number of national positions including President of the Canadian Bone Marrow Transplant Group, President of the Canadian Hematology Society and Co-Chair of the Hematology Site Group at the National Cancer Institute of Canada Clinical Trials Group/Cancer Clinical Trials Group (NCIC CTG/CCTG). Stephen was recognized nationally as a remarkable leader and his loss will be felt throughout the hematology community in Canada. While Stephen was passionate about clinical trials and the science of hematology, his greatest satisfaction came from the care he delivered to his patients and his role as teacher of medical students and residents. He received numerous teaching awards both as a senior resident and attending physician. Stephen exemplified the dedicated and compassionate physician and countless students have benefitted from his mentorship. He always felt such great joy in seeing others succeed. Even with the many accolades Stephen has received throughout his career, he conducted himself in both his professional and personal life, with humility and grace, unaware of how much of an inspiration he was to those around him: students, colleagues, family and friends. Stephen enjoyed 31 beautiful years with his partner Jim Matthews until Jim’s tragic death in 2017. Together, they travelled all over the world. Amongst their favourite trips were visiting Sfakia and Loutro in Crete and Puerta Vallarta in Mexico. Stephen and Jim were keen cyclists who enjoyed cycling in Greece, India, PEI and around the Cabot Trail. Stephen was an avid runner who enjoyed his early morning runs with Volodko. Stephen is survived by his mother, Paraskevi (Vivi) Couban, his sister and brother-in-law Stella Couban and Bruce Mellon, his sisters-in-law and brothers-in-law Debbie and Howie Moore, Barbara Macdonald and Louis Stubbert, Joanne and Sandy Jardine, Georgina and Ian Macleod, Donna and Robert Hicks, Beth and Andy Harbin, many nieces and nephews and his cousins Rebecca Barreras, Rachel Couban, Bridget Couban and Jon Couban. He is also survived by his best friend and soulmate, Parveen Wasi. His and Jim’s beloved dog, Lily will miss him. Stephen was predeceased by his partner Jim Matthews; his father, John Couban, his uncle, Robert Couban and his brother-in-law, Russell MacDonald. Although Stephen always loved flowers, in lieu of flowers, please consider a donation to the Wickwire Fund c/o QEII Foundation or the Friends of Point Pleasant Park. Visitation will be from 6 – 9pm on Monday, March 25, 2019 in Cruikshank Halifax Funeral Home. Funeral Service will be at 11am Tuesday, March 26, in Saint George’s Greek Orthodox Church. Father Panagiotis Maropoulos officiating. Reception to follow. Burial will take place in Cape Breton. Online condolences may be viewed or sent to:www.cruikshankhalifaxfuneralhome.com
VOIR PLUS VOIR MOINS