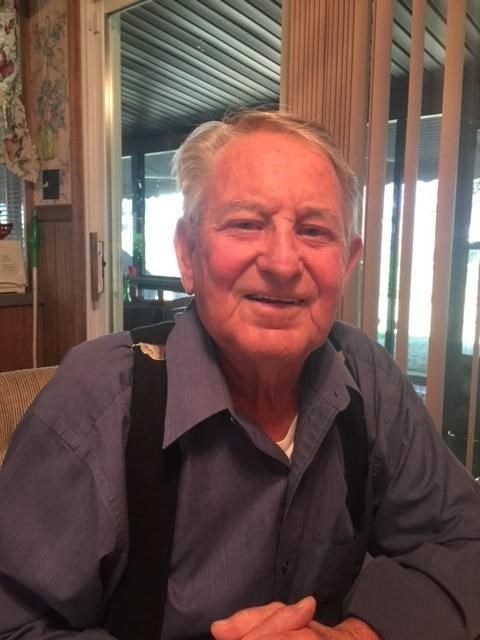 William Norris Hunt, of Hampton, Virginia, passed away peacefully in his sleep with family by his side on May 6, 2022, at 86 years of age. Norris was born on November 3, 1935 to James Charles (Sonny) and Della Elizabeth Hunt in Wilson County, North Carolina. After marrying the love of his life, Chrystal Faye Faulkner in 1955, they decided to move to Virginia to raise their two daughters, Carla Gail, Kathy Jean, and son William Norris Hunt Jr (Sonny). Unfortunately, his love, Faye passed away in 1981. Norris never remarried. Norris remained in Hampton, Virginia and retired from Marva Maid Dairy, where he enjoyed a long career. He maintained contact with his friends through organizations such as the Moose Lodge, the Elks Lodge, and The Original Club, as well as becoming an avid golf player. He remained very active and enjoyed life. Norris was preceded by his wife, Faye, his siblings Ruth Brantley, Milton, and Thomas Hunt, as well as both of his parents and both of his daughters. He is survived by his son Sonny, his daughter-in-law Joanna, his four grandsons, Joshua and Clint Lewis, and Nicholas (& wife Aisha) and Patrick Hunt, as well as several great grandchildren. Services will be held at Parklawn-Wood Funeral Home & Memorial Park in Hampton, Virginia on Saturday, May 21, 2022. Visitation will be at 12:00 followed by chapel and graveside services. A reception is planned at Parklawn-Wood Funeral Home immediately after the graveside service.
VOIR PLUS VOIR MOINS