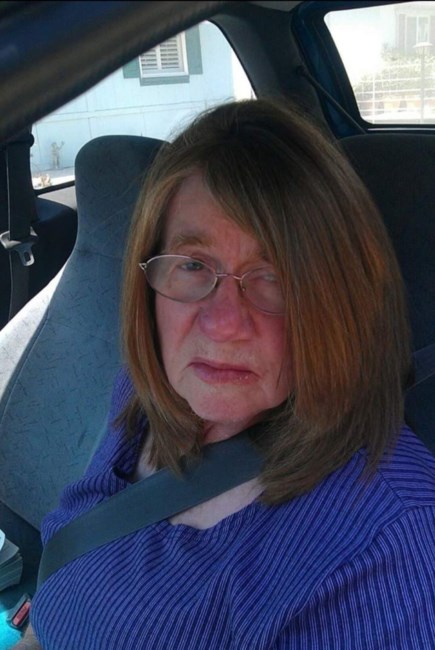 Shirley Von Inabnit "Shosh" entered into enternal rest on July 24, 2022. She was born in Hanford Ca on October 7, 1942 to Abe and Mildred (Walker) Inabnit. Shirley was the 4th of 8 children. Shirley grew up in the Hanford and Lemoore areas graduating from Hanford Adult School in 1970. After graduating she went to work for Hacienda where she worked as a Nursing Assistant for many years until she became a CNA and went to work for Sacred Heart Hospital and worked until she retired. Shosh loved to play little tricks on those closest to her. She would often hide our keys from us and giggle when we started looking for them. She was always ready for a road trip. Didn't matter if it was across town or a three day drive, she was ready. She was a very kind, loving sister and aunt. She never complained about a thing. Shosh always put those she loved before herself. She was a very hard worker. In the late 90's she spent countless hours assisting in the construction of the home she was building, she would work her full shift at the hospital then work on her house till the sun went down. Shirley is preceded in death by her father Abe Inabnit, her mother Mildred (Walker) Inabnit, brother Charles Inabnit, sisters Doris Herriage, Ollie Brown, Marie Edmonds and one nephew John Inabnit, sister in law Lenora Inabnit, brother in laws Walter Herriage, William "Bud" Edmonds, Steve Barrett, Wayne Brown and Harlan Miller. Shirley leaves behind two sisters Violet Miller of lemoore, Vicki Souza of Hanford and one brother Glenn Inabnit of Hanford as well as numerous nieces and nephews.
VOIR PLUS VOIR MOINS