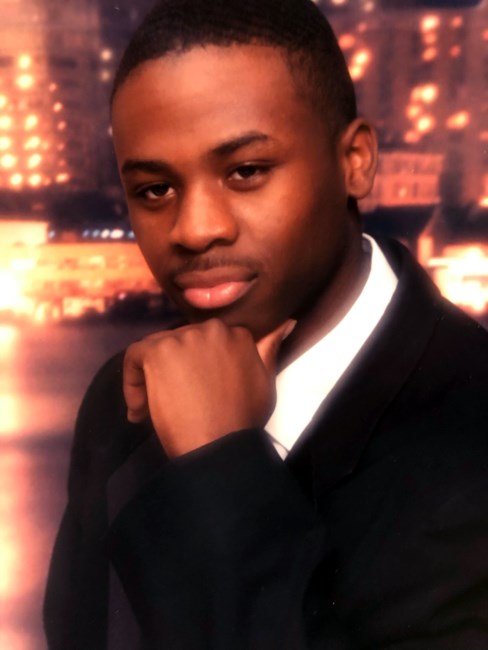 Charles Andrew Vailes Sr. was born to Valencia Ann Hairston and Charles D. Vailes on December 10,1981. Charles was an active child and very independent. Very care free. He was always bringing home some type of award or certificate of achievement. Charles skipped 7th grade due to his academic achievements. He graduated Western High School June 14, 1999 in Las Vegas Nevada. Charles decided not to attend college,instead he decided to follow his Uncle Kenneth in the field of stationary engineering (sheet metal work). After returning home to Baltimore for a brief period he returned to his other home in Las Vegas. The home of Uncle Kenny and Aunt D’J. Charles began his journey into adulthood. He had a new born son Charles Andrew Vailes Jr.and begin his apprenticeship as a sheet metal worker. He subsequently became a Journey man in his field of choice. His greatest achievement that he would want to be most remembered for are his children. Charles was such a wonderful and proud father. His children was his joy.He was always there for them whether it was for football, boxing, dance class or hair and nails. Yes he gave his daughter her first pedicure and also did her hair. He was his boys barber. He traveled and showed his children a world outside their environment. Charles leaves to mourn his loss parents Charles David Vailes, Khalid (Pop) and Valencia Smith. His brothers Erick (Sherice), Sherod, Joshua, Charles David Vailes. Sisters Amanda, Tashmere, Kenya Vailes and Kesha Smith. His children Eric McClodden, Darnell and Every Vailes. His godmother Carla Jones , god brother Anthony Terrell. Charles was also raised by his Aunt and Uncle D’Jeana and Kenneth Fowler. He was treated like he was theirs. I will always be great full for their influence on his growth and development. Charles was raised with cousins that were more like his siblings. I would like to acknowledge his other brothers Terrance Vailes, Donte and Darryn Moore, Jarrell and Juwan Fowler;; sisters Tynesha Holloway, Addison Moore, D’Anna and Daphne Fowler. A memorial service for Charles will be held Saturday, November 26, 2022 from 11:00 AM to 1:00 PM at Palm Boulder Highway Mortuary, 800 South Boulder Highway, Henderson, NV 89015. Fond memories and expressions of sympathy may be shared at www.palmboulderhighway.com for the Vailes family.
VOIR PLUS VOIR MOINS