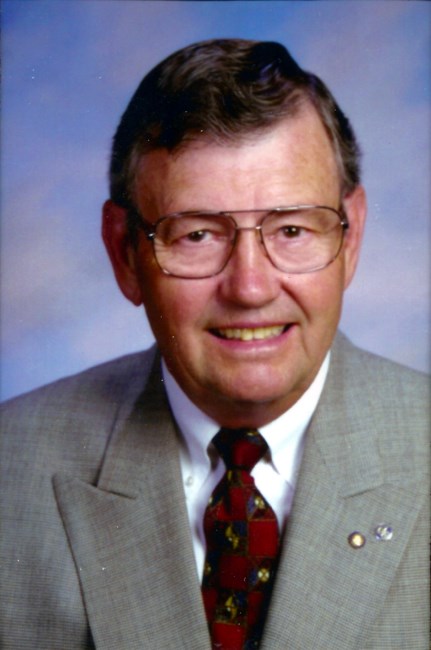 Dallas Eugene Bossard passed away in Henderson, Nevada on November 21, 2022 surrounded by those who love him. Dallas was born near Pierce, Nebraska on May 19, 1933 to Ernest and Irma (Weich) Bossard. He moved with his family to their new farm near Tilden, Nebraska as a small child where he completed the elementary grades at a rural school before attending and graduating from Tilden High School in 1951. Following high school he attended Norfolk Junior College for two years before entering the U.S. Army in 1953 during the Korean conflict. After completing his Army service in 1955, he went to San Francisco where he graduated from the San Francisco College of Mortuary Science in 1957. His first employment in funeral service moved him to Las Vegas, Nevada to accept a position with Sunset Mortuary. After a few years he was hired by Palm Mortuary in Las Vegas. Dallas moved to Henderson, Nevada in May of 1964 to open the new location of Palm Mortuary on the Boulder Highway. He co-owned and managed the location until his retirement in 1996. Dallas was one of a kind. He had many “sayings” unique to him and gave his many friends a smile when he used them. For example, if he was especially fond of a friend, he would say, “He’s one of the nicest men to stand in a nickel pair of socks.” His friends agree that Dallas was truly a larger-than-life person, always with a big, warm smile to share and a good story to go along with that smile. His friends know him as a true man’s man, ready to lend a hand to anyone in need and to support those who were lucky to be his friend. He shared a love with Diana that was admired by all who know them. Whether at their home in Boulder City or their cabin in Williams, it was evident to all that they were so blessed and happy to be together. They were best friends and always in love. Dallas was a patriot. Love of Country and its foundations were evident in the way he lived his life every single day. He was a long-time member of Rotary and served twice as President of the Henderson Rotary Club. He also had a real passion for classic cars, especially Fords of the fifties. Over the years he owned seven different retractable Fords and a handsome 1957 Thunderbird. He served twice as President of the Las Vegas Thunderbird Club. Dallas was also a long-time member of the Elks and American Legion. Dallas was a true lover and scholar of nature and creatures big and small. From exploring, to observing, to hunting, to caring for his environs and the flora and fauna around him. His love of our earth was unparalleled. Dallas was a great and good friend to those who knew him, and a kind soul to those who did not. Words to describe Dallas are “authentic” and “original” in the classic American sense of the individual. One of the most patient men of accomplishment whom one could call a friend. He is survived by his wife of 36 years, Diana (Pye); brothers Jerry (Gloria) and Eudell (Debbie); stepson Michael Kovac (Karina), several cousins and nieces and nephews. He was predeceased by his parents, sister, Delores, and stepson, Kevin Kovach
VOIR PLUS VOIR MOINS