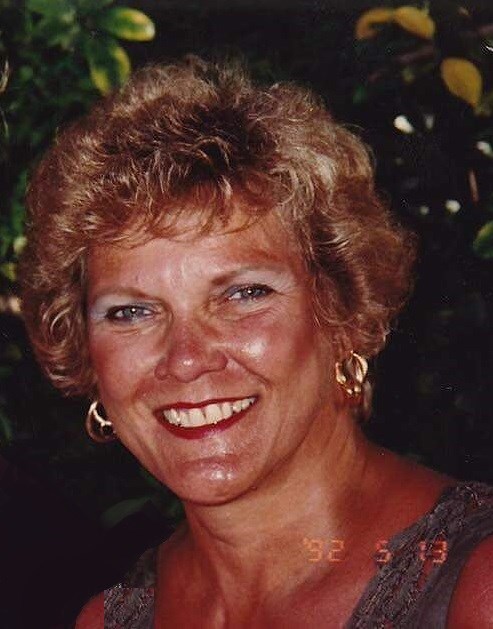 Dian Marie (Jevning) Reich, age 81, of Henderson, Nevada passed away in the early hours of Wednesday, November 16, 2022. She was born as the eighth of ten children in June of 1941 to Olaf and Evelyn (Peterson) Jevning in Hallock, Minnesota. With seven older siblings and two more to follow, there was an endless amount of fun, adventure and especially music. She grew up singing and dancing in the family kitchen, where she learned to harmonize like an angel and dance the jitterbug like a star. She graduated from Hallock High School and after a brief sojourn to California like any other adventurous 18 year old, she settled in Minneapolis, Minnesota, where she worked for Augsburg Publishing. Dian met her future husband, John Reich, on New Year’s Eve in 1963, and after a whirlwind romance, they were married in October of that year. They moved to Caledonia, Minnesota, where they had their son, Tony, in 1967; and in 1969, they moved to Casper, Wyoming, where they had their daughter, Darci. Dian was well known for her smiling, happy face in downtown Casper for many years, where she worked at Hers, The Dutch Door, Kassis and Klines, until she and John moved to Arvada, Colorado in 1987. She continued working in retail until they both retired and moved to Henderson, Nevada in 2011. Dian was an amazing cook, and she loved sharing her skills with others. She and John spent most Sundays after church with dear friends, cooking, eating and laughing. They were adventurous with their cooking skills and introduced friends and families to “strange and exotic” foods like escargot and artichokes. And even though John tended to take most of the credit for their fantastic dishes, those that knew them well knew Dian was the actual brains of the operation. Dian loved to sing and spent years singing in the church choir. She was a member of Sweet Adaline’s and was a performer with the Red Dog Saloon Players for many, many years. Dian was an accomplished vocalist and could harmonize to anything within just a few seconds of hearing the melody with a beautiful strong, clear alto voice that is going to be terribly missed by her children. Dian was an amazing mother, who read to her children almost every day, instilling in them a love for the written word. She taught her children grace, kindness and patience, and how to be the perfect hosts, making sure everyone was comfortable and happy in her home. No one ever went away hungry. Teenagers would often call the house, looking for one of the kids, and she would randomly mention what type of food was for supper or that she’d recently made a chocolate cake. Two such teens once arrived at the door within a minute singing, “Mom is great, she makes us chocolate cake!” over and over again. They were singing for their treats and she loved it. Dian left this earth 201 days after her husband of 59 years had passed away. Their love was legendary, solid and beautiful, and they were an example to others of what happiness, loyalty and devotion truly is. Their connection was just too strong for them to be apart for long. Their children are planning a dual service for the couple in March of 2023 and additional details will be forthcoming. Dian was preceded in death by her parents; her sisters: Loyce Hoglin, Erlyce Blomquist and Shirley Petersburg; and her brothers: Lowell, Wayne, Allan, and James Jevning. She is survived by her children: Tony Reich and his wife, Luanne; Darci Reich-Smith, and her husband, Jimmy; Her sister, Cathy (Jevning) and Dick Johnson and her brother, Jerry and Susie Jevning; and her sister-in-law, Beverly Felt; grandchildren: Autumn Curiel, and Sean Curiel and his wife, Rina; four great grandchildren: Tatum, Preston, Shuny and Ame. Fond memories and expressions of sympathy may be shared at www.palmboulderhighway.com for the Reich family.
VOIR PLUS VOIR MOINS