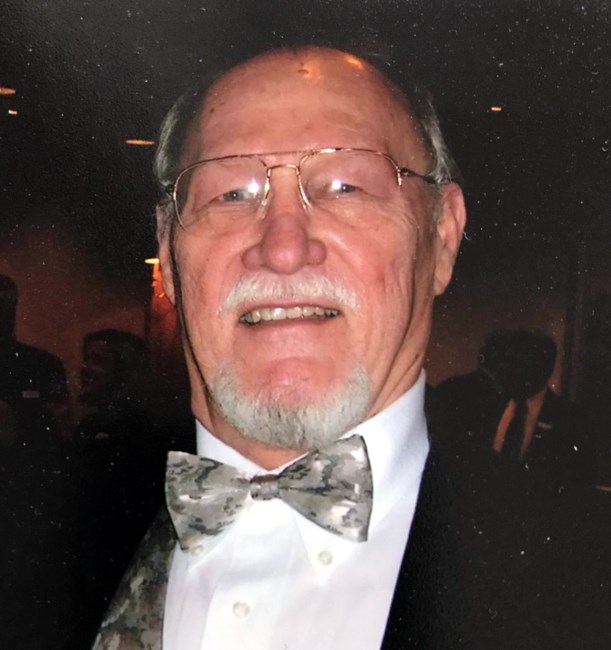 ﻿Carl Edward Hand passed away on 11/18/20 at the age of 87 after a brief illness. Carl was born 8/9/1933 to Clarence and Mary Katherine Hand in Terrell Tx and he graduated from Pleasant Grove High School. Carl then went on to graduate with a Bachelor of Arts from the University of North Texas.Carl also proudly served in the United States Air Force.Carl was a very gifted singer and sang with the Dallas Civic Opera retiring after 20 years then going on to sing with the Houston Grand Opera retiring after 24 years.Carl and his wife Pat sang and worshiped for many years at First Presbyterian Church in Houston.Carl is survived by his wife of 39 years Pat Hand, daughters Celia Roman and husband Robert, Teri Chidester, Jan Stephens and husband Paul, sisters Mary Parker and husband Bobby and Becky Dennis and husband Gene.Also grandchildren Josh Mims, Justin Berry, Cody Berry, Bradley Chidester, Evan Chidester, Tanner Chidester, Emily Carroll, Michael Stephens and Phillip Stephens.Carl is also survived by 6 great grandchildren and numerous nieces and nephews.Carl is preceded in death by his parents Clarence and Mary Katherine Hand and his daughter Lisa Liedtke and his son Mark Hand. Carl was a wonderful father, husband, granddaddy, brother and friend to many.Carl will be missed but never forgotten. Visitation will be held for Carl on Tuesday, December 1, 2020 at 10:00 am at Advantage Funeral Home, 7010 Chetwood Dr Houston, Texas 77081. A funeral Service will follow at 11:00 am at the Advantage Funeral Home Chapel. Interment will be at 2:15 pm at Houston National Cemetery, 10410 Veterans Memorial Dr, Houston, Texas 77038.
VOIR PLUS VOIR MOINS