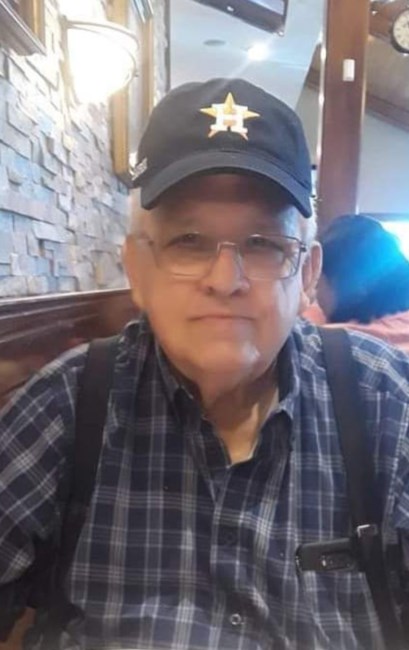 ~ Dwane Gibson,82, of Houston, Texas passed away on Sunday, July 24, 2022 in Houston, Texas. He was born on November 6, 1939 in George, Tx to his parents Orville Austin Gibson and Primmie Mize Gibson. He is survived by his daughter Kimberly D. Gibson, eight grandchildren; David Steel, Stephen Steel, Christina Whitt, Arianna Davis, Kiowa Davis, Aram Davis, and Michael Potts. He is also survived by twelve great grandchildren. Dwane was a proud University of Houston Alum. He especially enjoyed watching Cougar sporting events. He worked for Texaco right out of college and stayed with the company for over 30 years, as an oil and gas accountant. He retired not long after the Chevron/Texaco merger. In his downtime he enjoyed fishing, war documentaries and mystery books. In his later years he spent a great deal of time researching his genealogy and liked to share his findings. He had a lifelong love of movies and even spent his early years in high school and college working in Downtown Houston movie theaters as an usher. His grandkids and great grandkids knew him as POP, and he became “Pop” to all their friends as well. He spent a great part of his retirement being “Pop” which included taxi duty, advice, favors, secret keeper, spoiling against parents’ wishes, and of course an occasionally good old fashioned chiding when he saw fit. He was preceded in death by his parents Orville Austin Gibson and Primmie Mize Gibson; loving wife Relda Gibson; son, James Michael Gibson, and brothers Orville Kenneth Gibson and Larry Gibson. Visitation will be held on Wednesday, August 3, 2022 from 5:00 p.m. to 7:00 p.m. with a Chapel Service at 6:00 p.m. at Advantage Funeral Home, 7010 Chetwood Dr. Houston, Texas 77081. A Graveside Service will be held on Thursday, August 4th, 2022 at 11:00 a.m. at George Cemetery in Normangee, Tx. Fond memories and expressions of sympathy may be shared at www.AdvantageHoustonFunerals.com for the Gibson family.
VOIR PLUS VOIR MOINS