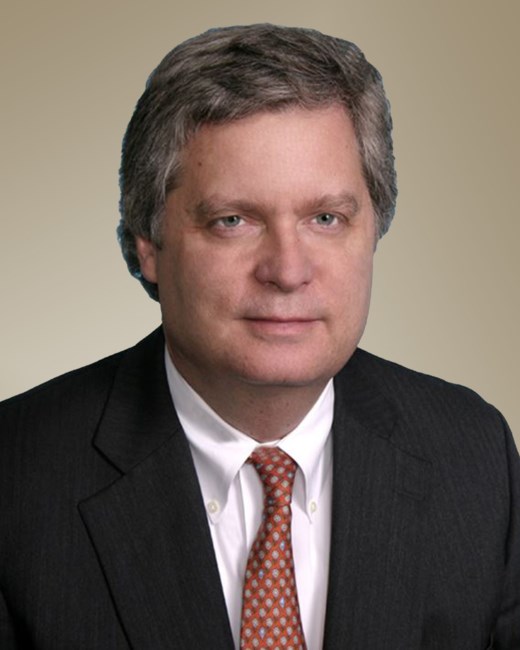 Harold Dixon Montague, passed away peacefully on Sunday, the 19th of August 2018 in Houston, after a courageous, determined and dignified battle against Glioblastoma, an aggressive form of brain cancer, with the constant support of his loving wife and daughter, extended family and close friends. He was 66 years of age. During his long illness, he found courage and strength through his faith in Christ and was received into full communion in the Catholic Church by Reverend Wayne Wilkerson, Pastor of St. Michael the Archangel Catholic Church in August of 2017. Born on the 7th of February 1952 to Mary Atkins Dixon Montague and Frank Douglas Montague, Jr., he was the second of three sons raised in Hattiesburg, Mississippi. His parents instilled in him the importance of faith, integrity, a strong work ethic, perseverance, a love of learning and a deep appreciation of the fine arts. He was very proud of his Southern heritage and upbringing. Dixon was personable, had a great sense of humor and was genuinely interested in others. He was highly respected for his good judgment and sound advice. His Southern upbringing taught him the value of gracious hospitality which he generously shared with his family and friends. His love of life was readily apparent when sharing a wonderful meal, a great bottle of wine, and good conversation around the dinner table or on the patio at home. He appreciated his friends and enjoyed being a cultivator of new friendships. Dixon graduated from Tulane University in 1974 with a BA with honors. He earned his Juris Doctorate from The University of Mississippi in 1977. After graduating from Ole Miss, he joined Vinson and Elkins where he spent his entire legal career and led the V&E condemnation group for thirty years. He represented clients in eminent domain, inverse condemnation, and regulatory takings cases in federal and state courts. He wrote and published on condemnation law and takings issues and was frequently invited to speak before various professional, legal, and appraisal organizations in Texas and throughout the country. Dixon was the Texas member of the Owners’ Counsel of America, a network of leading eminent domain attorneys across the United States. In January of 2017, he received the Crystal Eagle Award presented by the Owners’ Counsel of America “for his zealous advocacy and creativity in pursuit of the truth and the constitutional promise of just and adequate compensation” and for his substantial contribution towards advancing private property rights. He was a Trustee of The Pacific Legal Foundation and a past Trustee of Duchesne Academy of the Sacred Heart. Dixon felt fortunate to love his work. He was dedicated to his clients and his passion for their causes is well known. His preparation was meticulous; his work ethic was exemplary. Dixon mentored many young attorneys and taught them invaluable skills. He had great respect for and valued the members of his condemnation group. Ever mindful of his Southern manners, he was gracious in victory and readily recognized the contributions of those with whom he worked. They can still hear him saying “Let’s keep chugging” during preparation for trial. And when headed to the courthouse he was fond of saying —with a wry smile and a twinkle in his eye— “Let’s go have some fun”. He was grateful that Marianne Garcia was his loyal and dedicated assistant for 37 years. Dixon is survived by his loving wife of twenty-eight years, Suzanne Rainey Montague; and his daughter, Catherine Atkins Montague, with whom he shared a fun and close father-daughter relationship. He is also survived by his brothers, F. Douglas Montague, III, (Becky), Brian A. Montague, (Leigh Ann); his aunt, Mary Montague Yerger (Wirt); mother-in-law, June Hackney Rainey; his brother-in-law, R. Randall Rainey (Sandy); nieces and nephews, Douglas Montague, Brett Montague, Reid Montague, Austin Montague, Sarah Rainey Beddoe (Matt), Clayton Rainey (Elizabeth), Laura Rainey; Ashley Pape (Andrew) and Tracey Kettner (Jeremy); and several great nieces and nephews. He is also survived by his Montague and Yerger cousins. He is preceded in death by his parents; his grandparents, Frank D. and Ida Lois Polk Montague, and Harold H. and Margaret Atkins Dixon; his uncle, Harold H. Dixon, Jr.; his aunt and uncle, Lynn and Richard “Buddy” Montague; and his father-in-law, Walter M. Rainey, Jr. The family is grateful for the compassionate care provided by Tiffany Bedford, Vakia Ballard, Faith Mayes, Elizabeth Nava, Germaine Stephenson, Skye Philips and Kanda Hayes. Much gratitude goes to Elizabeth Williams, Maria “Lucy” Mejia and Salvador Mendez for their loyalty and dedication to the family. The family also wishes to thank Houston Hospice for their services and care, especially Svanhaniel Crim and Dr. Gary Erwin. Friends are cordially invited to a visitation with the family from six until eight o’clock in the evening on Thursday, the 23rd of August, in the narthex of St. Michael the Archangel Catholic Church, 1801 Sage Road in Houston. A Mass of Christian Burial is to be offered at ten o’clock in the morning on Friday, the 24th of August, also at St. Michael the Archangel Catholic Church, where the Rev. Wayne Wilkerson will serve as celebrant. Immediately following, all are invited to greet the family during a reception in the adjacent Parish Life Center. The family will then gather for a private Rite of Committal at Glenwood Cemetery in Houston. Honored to serve as pallbearers during the services are Steve Bailey, Allen Crosswell, Billy Dyer, Don Griffin, Ferguson McNiel, George Murphy, Michael Rose and David Wall. Serving as honorary pallbearers are Philip Campbell, M.D., Wesley Dobbs, Joe Hendrix, Daniel Hyde, Lincoln Jones, Larry Levine, Jim McCartney, Pat Mizell, Avi Ron, Lieven Van Riet, M.D., and Jim Wilson. In lieu of customary remembrances, and for those desiring, the family requests with gratitude that memorial contributions in Dixon’s name be directed to the H. Dixon Montague Scholarship in Law at The University of Mississippi, 406 University Ave., Oxford, MS, 38655; or to St. Michael the Archangel Catholic Church, 1801 Sage Road, Houston, TX, 77056.
VOIR PLUS VOIR MOINS

Visitation with the Family

The family will gather for a private Rite of Committal