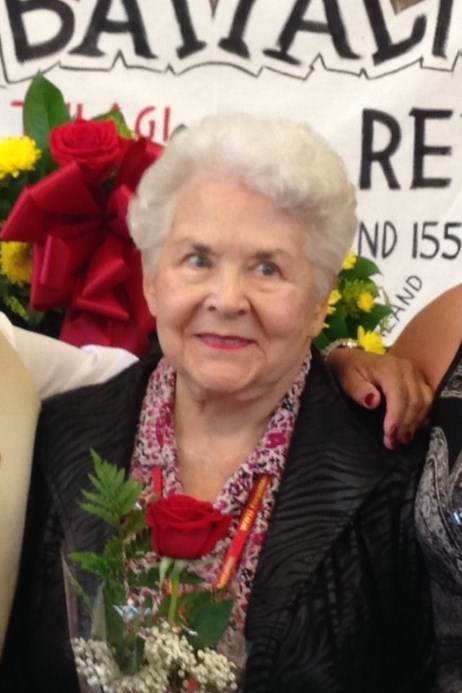 Louise Reagan Guerrero, 91, a beloved mother and wife, died Thursday, November18th in Houston, Texas. She was born on May 13, 1930 in Marquez, Texas in her parents' house, the 1st child of 3 girls to Granvil Travis ("GT") Reagan and Ruba Faison, who preceded her in death. Also preceding her in death was her husband, Henry Maurice Guerrero and sister, Norene Neyland. She is survived by her sister, Vera Felder Cash of Missouri City and brother-in-law, Colin D. Neyland of Marquez. Louise grew up in Marquez as a young person and sometimes would ride her horse to catch the school bus; later driving the school bus. She graduated from Franklin High School in 1947 and attended 1 year at Abilene Christian College before moving to Houston in 1949. She met her husband, Henry and they were married December 10, 1949 and honeymooned in San Antonio. From this union, they had 2 daughters, Denise Guerrero Flinn (Michael R. Flinn) of Bellaire, Texas and Karen Gail Guerrero of Marquez, Texas. Henry and Louise resided in Bellaire, Texas for 30 years and attended Bellaire church of Christ. Louise worked for Humble Oil Refining Company for 8 years and then raised her daughters and would sew and iron clothes for clients to make ends meet. She worked part-time for Joske's of Houston ("Dillards") during the school years and in 1975, went back to work for Exxon Chemical Company until retiring as a Buyer in 1995. Henry and Louise moved to Katy, Texas when Exxon Chemical moved to Eldridge Road. They built a house and began attending Fry Road church of Christ. After Louise retired, the two embarked on several WWII USMC reunions throughout the country. They also visited Hawaii, New York, California, and cruised down to the Panama Canal. The number 13, was her favorite number and red was her favorite color. Some of the things that Louise loved to do and enjoyed was, sewing, painting, card games, puzzles, reading mysteries, growing violets and other flower gardening. She enjoyed classic country, gospel hymns, big band, classical and upbeat music. She also enjoyed visiting with family and friends, eating good food with the ExxonMobil Retiree Ladies and Fry Road Ladies, singing, and cats and dogs. Louise enjoyed riding around looking at her cattle and calves in the "Country" where she grew up. She is survived by numerous cousins, nieces and nephews. We express gratitude to her caregivers, Houston Hospice, Caregivers for Seniors, doctors and nurses during the later years of her life. In lieu of flowers, contributions may be made to Houston Hospice or your charity of choice. Visitation will be held at Forest Park Westheimer, 12800 Westheimer Road, Houston, TX 77070 on Sunday, November 21, 2021 from 2:00-5:00 p.m. A funeral service will be conducted Monday, November 22, 2021 at 11:00 at Forest Park Westheimer. A graveside service will be conducted at 11:00 a.m. on Friday, November 26, 2021 at Bald Prairie Cemetery (Robertson County) in Bald Prairie, Texas.

Fond memories and expressions of sympathy may be shared at www.forestparkwestheimer.com for the Guerrero family.