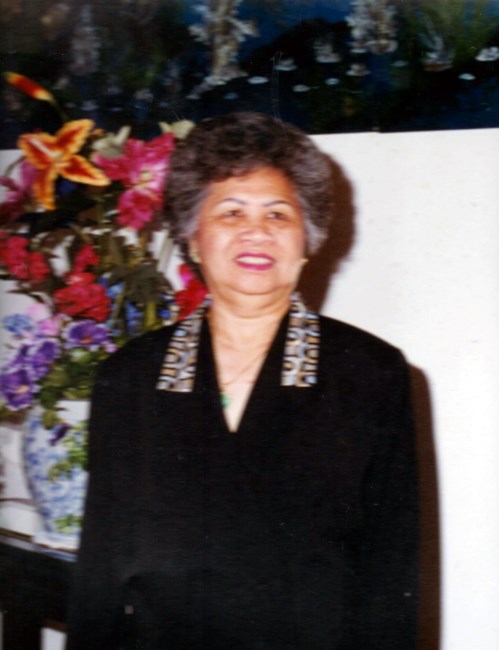 Phuong Thi Do was a caring wife, mother, grandmother, aunt, sister, and friend. She left this world, peacefully, on May 3, 2022 at the age of 94 in Houston, Texas. Phuong was born in Nam Dinh, Vietnam to Que Van Do and Dan Thi Truong on November 25, 1926. In 1943, she met and married her husband, Thuan Viet Vu. Their families had been old friends. Young and naïve, she did not want to leave her family, which, at the time, was customary for the bride to live with the husband’s family, so she struck a deal with her parents. In exchange for agreeing to the marriage, her parents would have to commission 100 Ao Dai (Vietnamese traditional dress). Her parents agreed and she soon became Mrs. Thuan. Together, they had 8 children, Dung, Tien, Thoa, Mai, Huong, Nhung, Thang, Phat. Dung, Tien, Thoa, Mai, and Huong were born in Hanoi. As the communist regime grew more powerful in North Vietnam, they migrated to the south, and along the way, Nhung was born in Da Lat and Thang and Phat were born in Saigon. They worked hard to build a business and provide for their children in Saigon amidst an ongoing war, but as the communists advanced towards the South, they knew that a life under communism would not be the life to live, so they decided to immigrate to the United States. Phuong left Vietnam by boat in April 1981 after her children had safely immigrated to the United States between 1975 to 1980. Her boat was picked up by the Singaporean Navy and she was transported to a refugee camp in Singapore for a few months before arriving in the United States in October 1981. Already in her 50s by the time she arrived in the U.S., she worked hard to go back to school, learn English, and earn her GED. After her children completed college, became successful in their careers, and started their own families, she became a loving and dotting grandmother. She would say that her happiness was in the success of her children and grandchildren. She spent the rest of her life in the U.S. living with her eldest daughter, Thoa. She loved watching football, ice skating, and Jeopardy. She enjoyed visits from her children and grandchildren and loved telling stories about Vietnam and her childhood. She will be greatly missed, but her memory will live in our hearts forever. Phuong is survived by her 7 Children: Dung, Tien, Thoa, Mai, Nhung, Thang, Phat; her grandchildren Huy, Michael, Matthew, Michelle, Linda, Natalie, Caroline, Lynn, Vivian, Cindy, Sylvia, Sydney, Emily; and her 5 great-grandchildren. She is preceded in death by her husband, Thuan Viet Vu, her daughter, Huong Lien Vu, her two brothers, and her parents.
VOIR PLUS VOIR MOINS