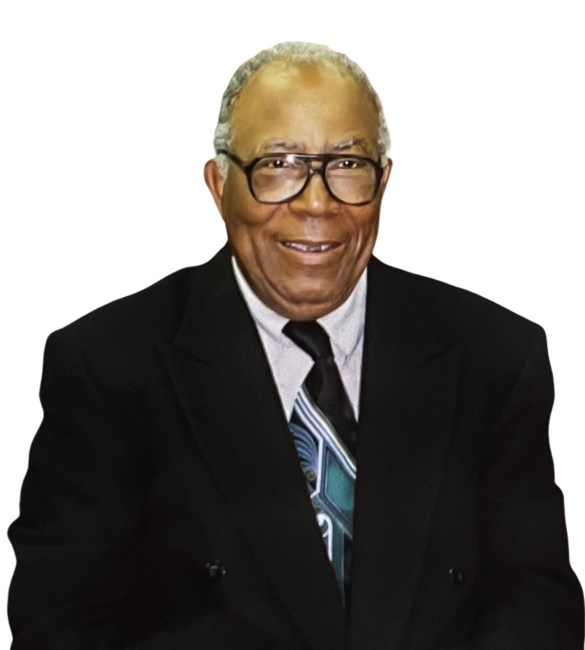 On November 11, 1928, in Crosby Tx., a baby boy was born to the late Dave and Julia Eagleton. They named him Robert Lee. He was raised in a Christian home alongside his sisters Orabell James and Ora Mae Jeffrey, brothers Sydney, Lawrence “Pete”, Ezell (all preceding him death) and Raymond. After moving to Houston, he united with Olivet Missionary Baptist Church. Robert worked for Union Pacific Railroad from 1948 to 1993 when he retired. He met is first wife Naomi. They were the parents of three children, Robert Jr, Shirley (who preceded him in death) and H.D. Later, he met and married Dora Lee Allen (who preceded him in death). They had three children Rose Mary, (Rev) Ronald, Renita and one stepson, Robert Allen (preceded him in death). Robert united with Mt. Canaan Baptist Church in the 1960s under the leadership of Rev. T.J. Compton, He was in the Male Chorus. Singing was his passion. He served as secretary. Later Pastor T.J. Compton organized a group of seven members. He named them “The Compton Singers” and appointed Bro. Robert Eagleton as president. A group that he was so dedicated too, he loved to sing. Most of all, he loved God. Robert served with the group for many years. Robert lived a long and blessed life. On September 19th, God called him home to be with Him and his beloved Wife. He leaves to cherish his memory: His children Robert Jr, H.D, Rose Mary Barnett, (Rev) Ronald and Daughter-in-law Rose Eagleton and Renita Eagleton all of Houston; His brother Raymond (Esther) of Seattle, Washington; numerous grandchildren and great grandchildren and a host of other relatives and friends. We all loved him, but God loved him best. One of his favorite songs was: “I need the Lord to guide me every day".
VOIR PLUS VOIR MOINS