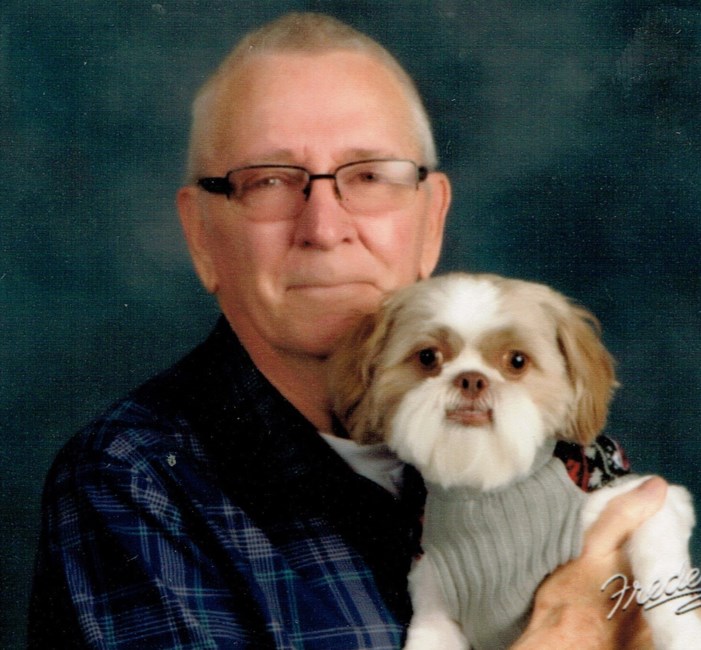 Donald R. Wiley 86 of Huntington passed away at 4:36 p.m. on Tuesday November 1, 2022 at Lutheran Hospital in Fort Wayne. Don served his country in the United States Air Force and was a proud Veteran. He was a member of the Masonic Lodge #529 in Carbon, IN. Don had worked for the railroad for several years before working for Allison “General Motors” in Indianapolis. He later worked part time for Bendix and the Huntington YMCA. Don enjoyed playing cards, fishing on his boat, and going for walks. Most importantly, Don loved to spend time with his family. Don was born on July 1, 1936 in Maldon MO, the son of the late Elvin and Alma (Martin) Wiley. He was united in marriage to Judy Travoli on April 4, 1958 in Brazil, IN. She preceded him in death on August 26, 2015 Survivors include a son: Brian Wiley of Huntington; a daughter: Tonya (Edward) Kratz of Andrews; four grandchildren: Joshua Wiley, Eddie Kratz, Tabitha (Trevor) Scalf, and Benjamin (Juliet) Kratz; two great grandchildren: Ava Wiley and Jayda Brown; a brother: Elson Wiley of Indianapolis. He was preceded in death by three brother: Charles Wiley, Denver Wiley, and Darrel Wiley.. Visitation will be held on Sunday, November 6, 2022 from 1:00 p.m. to 3:00 p.m. at the Myers Funeral Home Huntington Chapel, 2901 Guilford Street, Huntington, Indiana. Funeral service will be held on Sunday November 6, 2022 at 3:00 p.m. immediately following the visitation at the Myers Funeral Home Huntington Chapel. Interment will be at the Pilgrims Rest Cemetery at a later date. Memorial donations can be made out to Donor’s Choice of Charity in care of Myers Funeral Home, 2901 Guilford Street, Huntington, IN 46750.
VOIR PLUS VOIR MOINS