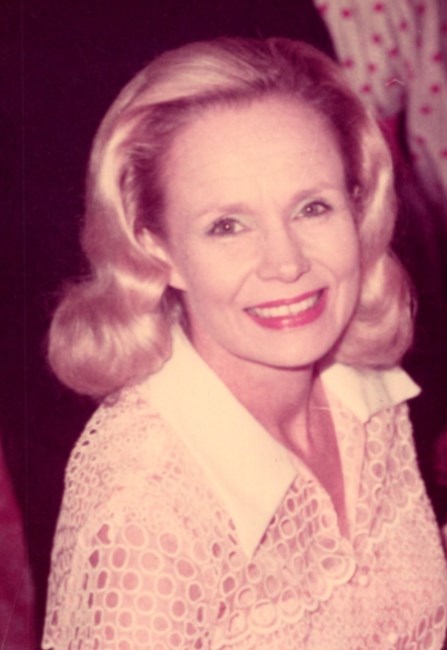 Alice Mach Coughlin passed away peacefully on January 14, 2022. She was the daughter of Ruby Alice Singer and William Louis Mach, granddaughter of Alice Walton Tartt and Frank P. Singer, and great-niece of the artist, John Singer Sargent. Her great-grandfather fought in the Revolutionary War. She was born on September 25, 1927 in New Orleans, LA. At a very young age, she and her family moved to Houston, TX. She attended schools in Houston and graduated from San Jacinto High School. After high school, she attended the University of Houston where she met a dashing young Army Air Corps officer, Warren Charles Coughlin, who was stationed at Ellington Field. It was love at first sight, and they were married at St. Mary’s Catholic Church on November 30, 1945. Their two children, Mark and Cyndi, were born in Houston. In 1953 the family moved to New York, and in 1958, they moved to Jacksonville, FL. From the earliest days of their sixty-three years of marriage, Alice worked side by side with her husband building several successful businesses. She always supported her church, Assumption Catholic Church, and was active in various charitable organizations, including, The Jacksonville Area Museum, The Late Bloomers Garden Club and American Cancer Society of Duval County. Her career as a fashion model started during her time at the University of Houston where she was a Vanity Fair Beauty and at the Sakowitz Brothers Empire Room. Her modeling career took her to New York and across the country modeling in trunk shows for a California firm, Georgia Bullock Inc. This tradition and passion continued with trunk shows and appearances in Jacksonville, where, for many years, she was recognized by “The Florida Times-Union” as one of their “Best Dressed” and was an inductee into their Hall of Fame. One of the greatest joys of her life was her family and friends, with whom she enjoyed entertaining and traveling. She and Warren’s extensive travels took them around the world and throughout much of the United States. While many adventures and escapades were had, she most adored her time touring Germany and Europe in a Mercedes they had purchased while on their trip. They visited Asia and saw, among other places, the Great Wall of China. One of their most beloved trips was when they traveled around the world for 6 weeks with Cyndi and Kent. She was preceded in death by her parents; her brother, Captain Bolling Singer Mach in 1945; and sister, Doris Anna Mach in 2002. Her greatest heartbreaks were the loss of an infant son in 1964, her son Mark’s death in 1994, and the love of her life, Warren, in 2008. She is survived by her precious daughter, Cynthia Coughlin Schmidt (Kent); daughter-in-law, Mary Lee Coughlin; six grandchildren; Christopher Coughlin (Karen); Allison Coughlin Muraca (Scott); Lee Warren Coughlin (Lindsay); Austin Joseph Coughlin (Katherine); Kristen Schmidt Seay (Everette); Michael Brian Schmidt (Mishayla); 13 great-grandchildren: Mark Philip Coughlin; Matthew Warren Coughlin; Scott Andrew Muraca, Jr.; Reagan Laine Coughlin; Harper Lee Coughlin; Griffin Warren Coughlin; Tanner Phillip Coughlin; Brooks Mark Coughlin; Everette Meade Seay V; Charlotte Alice Seay; Thierry Tomo Schmidt; Waylon Emerson Schmidt; and Imogen Mach Schmidt, all of Jacksonville, FL; nieces: Michelle DeCuir; Catherine Montz; Lisa Montz McDermott; nephews: Gregory Montz; and Drew Montz, of Houston, TX; nephew Lee Montz of Dallas, TX. and dear friend and companion, Rosa Lee Siplin, whom she loved deeply. Over the years, she enjoyed memberships in the Deerwood Country Club, Epping Forest Yacht Club, the Ponte Vedra Inn and Club, San Jose Country Club, and the River Club. She had been a tennis player in her younger years, loved to sew, and was a passionate designer of homes. She and Warren built several in Jacksonville, the last being in San Marco. Alice is especially grateful to Laquanta “Punkin” Williams for her friendship and support over the last year. The family will receive friends at Hardage-Giddens Funeral Home, 4801 San Jose Boulevard, in Jacksonville on Sunday, January 23rd from 4 P.M. to 6 P.M. with the Vigil Service starting at 5:30 P.M. A Mass in celebration of her life will be held at 11:00 A.M. Monday, January 24th at Assumption Catholic Church, 2403 Atlantic Blvd., Father John Reynolds as celebrant. Interment and reception to follow ceremony at Hardage-Giddens Oaklawn Cemetery. In lieu of flowers, memorials are preferred to: American Cancer Society of Duval County, 1430 Prudential Drive, Jacksonville, FL 32207; Community Hospice of Northeast Florida Foundation, 4144 Sunbeam Road, Jacksonville, FL 32257.
VOIR PLUS VOIR MOINS