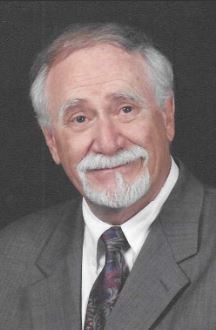 Edmond J. McElligott, beloved husband of Patricia M. McElligott (McGrath) of 66 years, loving father of Susan L. Brookhouser (David Brookhouser) and Timothy P. McElligott (Tracy McElligott) (Baldwin), and an adoring grandfather of Nicholas D. Brookhouser (Becca Brookhouser) (Speck), Brendan P. Brookhouser, of Escondido and San Diego, California respectively, Keely M. McElligott and Conor J. McElligott of Grain Valley, Missouri died at his home on August 9th, 2022 surrounded by family and loved ones. Edmond was born on January 4th, 1931 in Kansas City, Missouri. Edmond was a fixture of the legal profession in Independence for more than six decades and received BA from Rockhurst College in 1952. He graduated with a Juris Doctorate Degree from the University of Missouri Kansas City Law School in 1955, and in the same year, he joined the Judge Advocate Generals Corp with the United States Air Force, where he served for four years in active duty and then continued in the Air Force Reserves. After leaving the JAG, Edmond served as an Assistant Prosecutor for Jackson County, Missouri. Soon after leaving public service, Edmond formed a partnership for the practice of law with John Philips of Independence, Missouri. The firm continues to practice under the name of McElligott, Ewan & Hall, P.C. Also, while maintaining his private practice, Edmond also served as an Independence Municipal Court Judge from 1972 – 1985. Edmond loved sports, the outdoors and spending time with family. In his youth he pitched for the American Legion league. He was an avid golfer and tennis player and he loved teaching his children and grandchildren how to play sports, baseball and golf in particular. Edmond and his wife Patricia are parishioners of Nativity of the Blessed Virgin Mary parish. A visitation will be held on August 16th 6:00pm-8:00pm at McGilley & Sheil Funeral Home located at 11924 E 47th St Kansas City, Missouri 64133. A Mass of Christian Burial will be celebrated on August 17th 11:00am at Nativity BBM parish located at 10017 E 36th Terrace, Independence, Missouri 64052.
VOIR PLUS VOIR MOINS