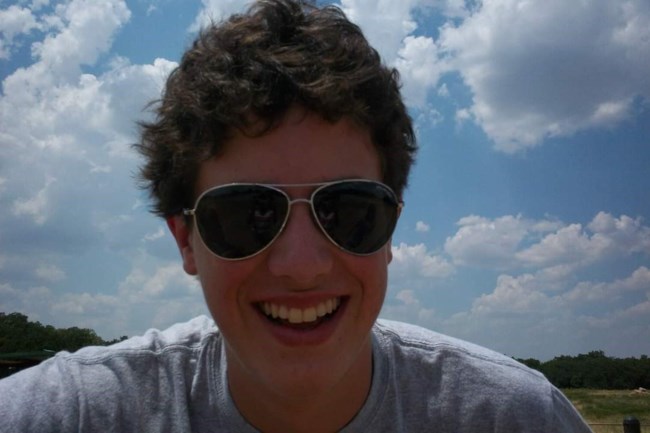 James is survived by his father, James Jr, mother, Michelle and younger brother Patrick. He is also survived by his paternal grandparents, James & Penny Petersen, and his maternal grandparents, Arthur & Patricia Dubuc. He left behind numerous beloved aunts, uncles and cousins. James attended elementary & middle school in Glocester, RI and graduated high school from Northwest ISD in Justin, TX as an accelerated honor student among the top of his class. He had varied interests, but found a true love of the outdoors during his years as a boy scout with Troop 101, North Scituate, RI. Outdoors is where James found comfort in the night sky and all the varied night sounds. He was an avid learner. While not in a traditional setting, James continued his education in many fields. He has studied psychology, pharmacology, astrology, mysticism, geology and for the last 2 years has spent many hours studying various religions in the hope of finding some peace within himself. He could speak at length to any topic you offered and often gave advice and counsel to his many friends near and far. He was sought out for his kind heart. his intelligence, his soft shoulder, sound reasoning, insight and selflessness of his time and resources. Quite literally he would give you the shirt off his back and his last dime if he thought it would help you in any way. He was a humanitarian wise beyond his years. He grew to be unabashedly unashamed of his unique character and style and was willing to share himself with the world. Music was another huge interest of his and his tastes, like his studies, varied hugely. He could name among his favorite musics , Bethoven to Sublime and jazz to techno and of course, classic rock for the love of his father.

Fond memories and expressions of sympathy may be shared at www.kellersoldtownfuneralhome.com for the Petersen family.