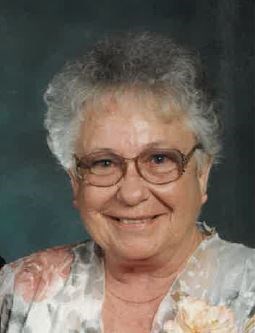 She enjoyed sewing, crocheting, cooking and family holidays. Her sugar cookies and fudge were everybody's favorite. Margaret and Carl also enjoyed being a part of the Antique Automobile Club of America and the Old Engine Show in Buckley. They loved touring with the old cars Carl restored. Margaret is survived by children, Janet (Craig) Dixon, Karen Kreiser, Craig (Connie) Kreiser and Susan Kreiser; sister, Geraldine McClellan; seven grandchildren; and 13 great-grandchildren. Besides her parents, Margaret was preceded in death by her husband, Carl; son, David; daughter, Barbara; and best friend, Alva Pearson.

Visitation was held Thursday, May 25, 2017, from 6 to 8 p.m., at the Covell Funeral Home in Kingsley. A funeral was held Friday, May 26, 2017, at 11 a.m., also at the funeral home. Margaret was laid to rest next to her husband at Grant Cemetery. Memorial contributions in Margaret's name were directed to Heartland Hospice.

Arrangements were entrusted to Covell Funeral Home in Kingsley.