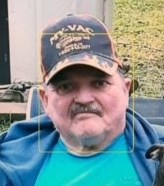 Joseph Andre Giroir Jr., age 72, of Big Lake, Louisiana passed away surrounded by his loved ones on Monday, September 19, 2022. Joseph was born February 3, 1950 to parents Joseph Andre Giroir Sr. and Marie Theriot Giroir in Morgan City, LA. He married the love of his life, Barbara, in 1972. He had many career paths that included working for Southern Marble and Stine Lumber as a truck driver for 9 years. Joseph was known for his love of woodwork. He would make the nativity scene from wood that he cut and Barbara would paint it for him. He was an avid outdoorsman and loved fishing and shrimping.Joseph was a very talented musician and played the washboard. He was also known to be "sneaky" when they would go to the Isle of Capri. They could never figure out which boat he was actually on and usually liked to sneak off to the wine bar. He was a loving husband, father, grandfather and great grandfather. Joseph had a loyal companion in the form of a cat named Hunter that he found at Harbor Freight and they were best friends since. While she was his favorite he had a big heart for all animals. He is welcomed into heaven by his parents, grandmother; Theresa Theriot and grandfather; Seville Theriot. Those left to cherish his memory are his wife; Barbara Giroir, sons; Joseph Andre Giroir III, Joseph "J.R." Steven Clement Jr., and Bryan Portie, daughters; Cora Ann Barrios, Summer Landry, and Sandy Moore, brother; Samuel "Sammy" Giroir, sisters; Anna Hunt, Sylvia Cormier, Theresa Abrahamsen, Sherry Dyson, Monica Gripp and Katrina Gillette, grandchildren; Natalie Giroir, Hector Barrios, William Barrios, D.J. Moore, Cynthia Moore, Theresa Moore, Naomi Moore, Kami Portie and Kolbyn Portie, great grandchildren; Autumn Barrios and Greycen Barrios. Visitation for Joseph Andre Giroir Jr. will be held at Hixson Funeral home at 3001 Ryan St. in the Chapel of peace on Wednesday, September 21,2022 at 5pm until 8pm with a Rosary at 6:00pm. Visitation will resume in the Hixson Chapel of Peace on Thursday, September 22, 2022 at 8:30am until the time of service at 11am. Burial will follow at Sacred Heart in Creole, LA. Fond memories and expressions of sympathy may be shared at www.JEHixson.com for the Giroir family.
VOIR PLUS VOIR MOINS