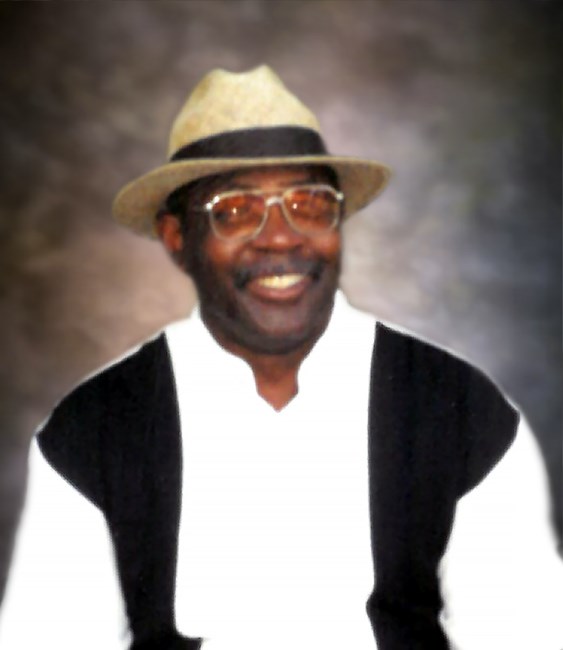 Roy Lee Holmes Sr., age 76, of Las Vegas, Nevada passed away on Monday, August 1, 2022. Roy was born June 2, 1946 in Clarksville, Tennessee to Lillian Francis Holmes-Lewis. He is preceded in death by his mother Lillian, sisters Dorothy Riley and Regina Lewis, three grandsons Craig Nathaniel, Roger, and Asher Michael and one granddaughter Nevaeh. He is survived by his wife Lieselotte “Lilo” Holmes, two son’s Roy Jr and Michael, two daughters Roxane and Angelic, several grandchildren and great grandchildren, two brothers Donald Lewis and Ronnie Lewis and three sisters, Tammy Pinkston, Lasandra Merriweather, and Patsy Pace and several nieces, nephews, etc. Roy joined the military in 1964 and met his wife of 54 years during his first tour in Germany. Roy and Lieselotte (Lilo) met in January 1968 and were married on August 20, 1968, in Switzerland. If ever there were a story of true love, theirs was it. One of the favorite stories amongst the children is how Roy couldn’t speak German and Lilo couldn’t speak English but they were able to communicate amongst themselves with ease. Roy’s felt blessed that over the course of his military career, his tour of duty assignments always took him and his growing family between Germany and Fort Carson, Colorado. Roy started his military career in the motor pool, he then went to Ranger school and subsequently became an Airborne Ranger. Roy retired the Army as a Master Sergeant in 1986 after having served 22 years. When Roy had retired he did so in the state of his favorite football team the Denver Broncos where he continued to work on the military base as a civilian worker at the PX. In 2003 Roy and Lilo decided it was time for a change and moved to Las Vegas where he eventually retired. As a husband, Roy showed unconditional love, compassion, empathy and support. He was the type of husband who took care of everything and handled all the stress so that his wife wouldn’t have to. He was a spoiler and made sure she had everything she ever dreamed of. As a father and grandfather, he set the example for what family really is, he taught his children to love unconditionally (but wisely), to always put your best foot forward, to work hard, to always stive for the best, to always show respect and most importantly to never give up. Roy did his best to guide everyone down the right path without actually telling them what to do because he felt the final decision was always going to be theirs. Regardless of the decisions being made Roy was always supportive. He was the one you could always turn to for advice without judgement, or if you just needed an ear for listening. Roy enjoyed nothing more than having all the family being together, whether it was a simple dinner, a BBQ or a celebration. Family meant everything to him and to all those who knew him and he was truly the glue to bind it. Most look at family as “by blood” but Roy looked at family as all those who came into his life. His heart was so big he gave everyone a chance. It was rare for anyone who was around Roy for more than a month not to call him Dad. When Roy spoke, everyone listened, because he was truly the greatest man we had ever known. Roy Holmes, amazing husband, outstanding father, everyone’s hero and now our angel. A visitation for Roy will be held Thursday, August 11, 2022 from 5:30 PM to 9:00 PM at Palm Eastern Mortuary, 7600 S Eastern Ave, Las Vegas, NV 89123. In lieu of flowers, if you would like to contribute to Roys’ celebration, please reach out to one of his children. Fond memories and expressions of sympathy may be shared at www.palmeastern.com for the Holmes family.
VOIR PLUS VOIR MOINS