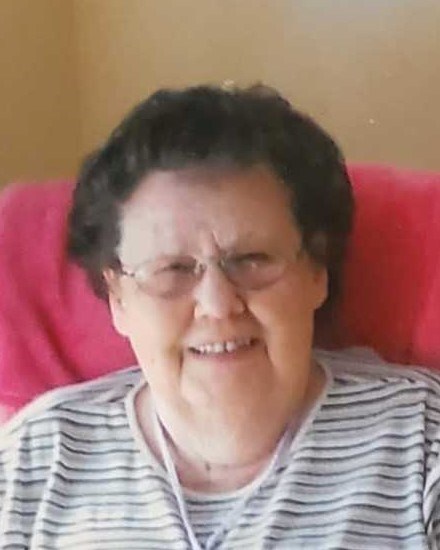 Hilda M. Foss 1927 - 2022 Auburn - Hilda was born in St. Agatha, Maine on July 7, 1927. She was the 7th girl and 17th child to Alphonsine Deschenes and Stanislaus Chasse. She moved to Lewiston on her 15th birthday and in 1945 she met and married Edouard Godbout. They welcomed their daughter Linda in December of 1951 and were married until he passed in 1965. In 1967 she met and later married Don Foss in 1968. They welcomed their daughter Cheryl in May of 1969 and were married until his passing in July 1980. Hilda was always employed in the service industry. She served as hostess and waitress at Happy Jack’s, she owned and operated two neighborhood stores: Eddie’s Cash and Economy Market, as well as in the deli at Bonneau’s, Food City, and Roy’s Foodland until her retirement in 2003. She is pre-deceased by her son-in-law Ronnie whom she adored, as well as 11 brothers and 5 sisters. She is survived by her sister Therese Albert of Madawaska, her daughters Linda Bilodeau of Greene, and Cheryl (Paul) Dube of Lewiston. Three grandchildren, Jeff Bilodeau and his partner Tierra Sandford of Greene, Laurie Pelletier and husband Chad of Greene, and Caleb Dubois of South Dakota. Three great-grandchildren, Morgan Bilodeau of New Hampshire, Brandon Bilodeau, and Abbie Pelletier both of Greene as well as numerous nieces and nephews that transcend at least four generations in and of itself. A very special thank you to her (and our) angel, Angela Fearon who came into our lives when mom moved to Clover Healthcare. You brought so much joy and enriched her life, and she adored you. The family would also like to express gratitude for the care and compassion provided by the team at Clover Healthcare as well as Margaret Quinn and the team from Androscoggin Home Healthcare and Hospice. Visitation The Fortin Group / LEWISTON Fri. Nov. 25th from 6-8 PM. Funeral Mass Holy Family Church Sat. Nov. 26th at 11 AM. Interment St. Peter's Cemetery at a later date. Hilda was not a fan of flowers. In lieu of, please consider a donation to the Ste-Agathe Historical, PO Box 237, St. Agathe ME 04772. To leave a message for the family in their online guestbook, please visit www.thefortingrouplewiston.com A service of The Fortin Group Funeral Home & Cremation Service, 70 Horton St. LEWISTON 784-4584
VOIR PLUS VOIR MOINS