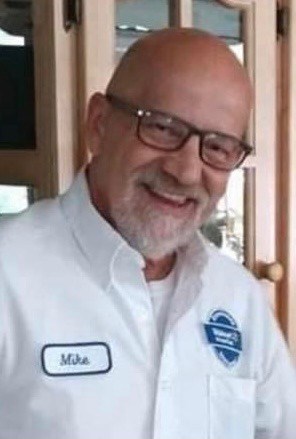 Ellsworth Michael J. Lasko, 61 of Auburn was a beloved husband, father, son, brother, uncle,pepere, and friend. Mike was born in Lewiston to Jack and Verna (Martin) Lasko on February 7, 1960. He was educated in Lewiston schools and obtained his GED. Mike enlisted in the Army Reserve and that is where he found his true passion for driving trailer trucks. In 1985, Mike became a dad. He and his son, Dustin, shared the same birthday. Mike met his best friend - the love of his life, Tammy (Mathon), in 1988. They married on October 28th, 1989. It was always Mike’s dream to share his love of over the road driving with his best friend. He wanted to make memories that would last a lifetime. Shortly after their marriage, Mike’s dream became a reality. He and his wife, his driving partner and best friend, began their journey together on the road and there was no shortage of memories made. So many stories filled with laughter, tears, and crazy or silly adventures! One such adventure brought Mike and Tammy to a mall in Florida. This is how Diesel became the team’s first k-9 companion. Diesel paved the way for four more dogs over the years. Maggie, Blue, Missy and Bear were loving companions that provided much entertainment and unconditional love. Mike was recently blessed with a daughter Nicole, her husband Dwane and five children Brenna, Carleigh, Dwane III, Elliott and Lily. They brought so much joy and laughter to Mike’s heart and he had a special place in their hearts as well. He will be missed greatly by all. Humble, caring, likable personality, selfless, hardworking, are just a few of the character traits that describe Mike. He had a sense of humor like no other and there was always laughter when Mike was around. His smile was contagious, and he treated everyone like family. He had a gentle soul and was always giving of himself for others. Husband, dad, son, brother, brother-in-law, Uncle Mike, Kooky Uncle Mike, Pepere, Pepe, cousin, friend – Michael J. Lasko. He leaves behind warm memories and many funny ones as well! He will never be forgotten. His memory will live on in the hearts of all who loved him. Mike is survived by his loving wife and best friend, Tammy, his mother Verna, his son Dustin/Nicole Barry, his daughter Nicole/Dwane Duchaine, his sisters Brenda/Marc Cyr, Sharon/John Hackett, Christie/Mike Kyajohnian, brothers in law Bill/Sue Mathon, Dave Mathon, John/Melissa Mathon, sister in law Debbie Mathon, several nieces, nephews, grandchildren, Godchildren Eric Cyr and Mariah Mathon, pets, cousins, many good friends and his Wal-Mart Distribution Center family He was predeceased by his father Jack and his inlaws Paul and Marie Mathon. A celebration of Life for Mike will take place on Saturday, September 18th from 1 – 4 p.m. at the Lasko’s home ~ 157 3rd Street, Auburn. All are welcome. In lieu of flowers donations may be made, in Mike’s memory, to: The Greater Androscoggin Humane Society 55 Strawberry Avenue Lewiston, ME 04240 Tammy and the family would like to extend a special thank you to Mike’s Wal-Mart family for going above and beyond, treating Mike like a family member, and showing much respect and support to his family during this difficult time. Mike always spoke highly of you all and you have shown us why. He would be so proud and grateful. Thank you.
VOIR PLUS VOIR MOINS