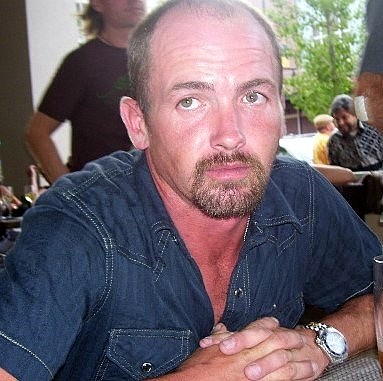 Rex Lee Prouse, Jr., 45, of Holt, MO, passed away July 5, 2022 after a sudden illness. A Celebration of Rex’s Life will be held at 4:00pm, Saturday, August 6th at the Legion Hall on Main Street in Holt, Missouri. Rex was born September 20, 1976 in Kearney, NE to Rex and Connie Sue Prouse. He grew up in Wichita and Mead, KS. Over several relationships, he welcomed and loved as his own, several stepchildren and two biological children. Rex worked a variety of jobs over the years, driving forklifts and semis, working in home building and construction, as well as herding cattle and ranching. At his passing, he was working for Geodis. Rex loved spending time camping, partying, playing darts and pool, and listening to music. He had his own competitive BBQ team, Brats and BBQ. Rex couldn’t swim but would often jump in to save his kids. He had an off-beat sense of humor and was often the life of the party. He was preceded in death by his parents, Rex Prouse, Sr. and Connie Sue Prouse; his step-daughter, Sierra Edwards; and his niece, Kelsey Hensley. Rex is survived by his life partner, Angela Craven; his children, Rex L. Prouse, III (also known as Zhavery), and Hannah Prouse; his step-children, Kyra Edwards, Alex Holden, Samantha Hougland, Ryan Becker, Decklynn Becker, Tucker Sauceda, Jenna Haswell, and Anna Haswell; his grandchildren, Brooklyn Green, Dean Mason, Iris and Izden Holden; sisters, Christy Cortez, Trisha Prouse, Tina O'Flynn; his nieces, nephews, other relatives and friends. Memories of Rex may be shared at www.churcharcherpasley.com, as arrangements are under the direction of Church Archer Pasley Funeral Home of Liberty, 816-781-2000.
VOIR PLUS VOIR MOINS