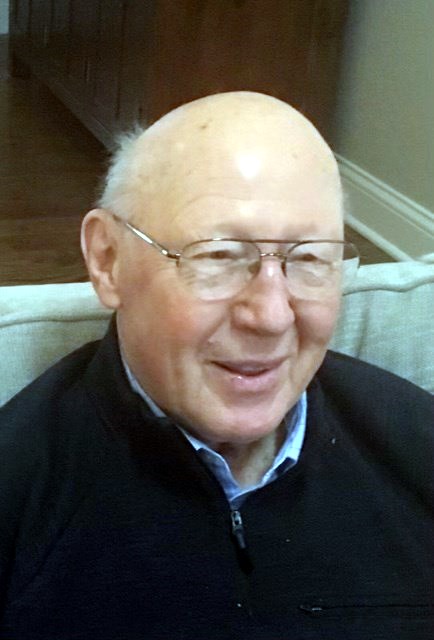 Edward Albert Spala, age 88, passed peacefully on Tuesday, August 2, 2022, surrounded by his loving family. Born in Detroit on September 30, 1933, Ed was the youngest of six children born to James and Albina Spala. He is survived by his devoted wife, Jackie, to whom he has been married for 67 years. Growing up, Ed loved sports of all kinds, but he was an exceptional football player, earning All-City honors at Detroit Mackenzie High School. He went on to play football at Olivet College then finished his schooling at Wayne State University, earning a degree in education. For eleven years Ed taught in the DPS as an elementary PE teacher and high school coach. He was a true blue Mackenzie Stag…serving with many of his former classmates on the “Friends of Mackenzie” Board of Directors, raising funds and providing much needed equipment, scholarships and educational opportunities for countless Detroit students. In 1968, Ed had the opportunity to change careers and spent over thirty years as a business manager for Home Planners, Inc, a company that created architectural plans and blue prints. Ed’s contribution to the company helped to usher in the housing boom of that time. After retirement, he and Jackie enjoyed summers at the family cottage in Stoney Point, Canada and winters in Florida with their large group of dear childhood friends. Ed and Jackie enjoyed nearly sixty years as active members of Nardin Park Methodist Church. Ed was a longtime usher and served faithfully on the House Committee. He loved working outdoors, mostly pruning his trees and shrubs, along with taking his daily walk. When dementia robbed him of this opportunity, Ed still pedaled his mini-bike and performed his “calisthenics” like a champ. Ed’s perseverance and extraordinary work ethic remained throughout his life. It is one of so many values that have been passed down to the next generations. In addition to his wife, Ed is survived by his loving sister, Kitty Talcott; his four children, Donna (Mike) Roemer, David (Anne), Jim (Shelley) and Kevin (Michelle). His further blessings include his eleven grandchildren, Jessica, Melissa, Rebecca, Mercede, Nick, Nathan, Emily, Sara, Joey, Natalie and Jacob; and his seven great-grandchildren. Visitation will take place this Sunday, August 7th from 2:00 pm - 7:00 pm at the Harry J. Will Funeral Home, 37000 Six Mile Road, Livonia, with the funeral service on Monday, August 8th at 11:00 am at Nardin Park Methodist Church, 29887 W 11 Mile Road, Farmington Hills. The family will greet guests starting at 10:00 am until the time of the service. If you so wish, memorial contributions are suggested to Nardin Park Church or The Salvation Army. A luncheon for all friends and family will take place immediately following the service.
VOIR PLUS VOIR MOINS