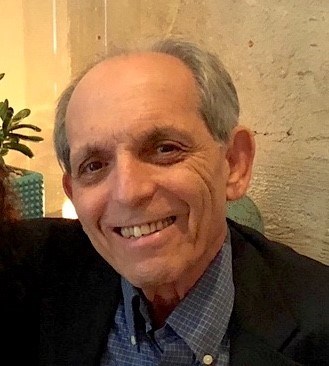 Laurence Freeman Jay was born and raised in New York City. Larry passed away in Los Angeles from complications of diabetes. With his passing, we lost a brilliant mind, a top flight attorney, a great wit, and a clever amateur lyricist. He was a loyal, kind, committed, caring, loving, wonderful friend, brother, uncle and husband. Larry attended Hunter College Elementary School for gifted children, and then the Horace Mann School in New York City. Larry attended Princeton University, graduating in 1967. He then attended Harvard Law School graduating in 1970 at the age of 22. During law school, Larry spent a summer clerking for a judge at The Hague while considering a career in international law or politics. After graduation Larry took a clerkship with U.S. District Judge Harry Pregerson in Los Angeles. Larry was one of the proudest members of the “Pregerson alumni family” of distinguished attorneys who began their careers working with Judge Pregerson. After his clerkship Larry joined the Ball, Hunt, Hart, Brown and Baerwitz law firm where he practiced for several years, teaming up with Joe Ball, one of the top trial lawyers in California. Larry then worked for 23 years as an attorney at the California Second District Court of Appeal serving Justices Richard Schauer, Robert Mallano, Mario Fukuto and Candace Cooper, among others. During that time he also co-authored books on criminal appeals. Larry had unique abilities to master and prepare the most complex legal cases. His photographic memory allowed him to remember details of every case he worked on. Larry’s huge intellect was just as powerful, enabling him to solve the most complicated legal problems. These talents made him an invaluable legal teammate, both in private practice and at the Court of Appeal. Larry was never too busy to share his legal gifts with anyone who wanted assistance. He generously mentored young appellate attorneys with his infectious enthusiasm for the law. Larry was exceedingly witty, always able to come up with a clever expression or lyric, timed just right, which made him endlessly entertaining and fun to share time with. He showcased these attributes when he wrote the Lincoln’s Inn Christmas Show while a law student at Harvard. Larry successfully recruited top Southern California high school students to attend Princeton. And, he was a volunteer for the ACE Program (Appellate Court Experience) which provided high school students with an understanding of the Constitution and the range of controversial public policy issues facing the nation. In retirement, Larry indulged his love of reading and interest in lifelong learning as an active participant in the Plato Society of Los Angeles. Larry is survived by his wife Cheryl Silver, his brother Roger Jay and niece Ariel Jay. We will be having a celebration to honor his life in March, date and time not yet determined.
VOIR PLUS VOIR MOINS