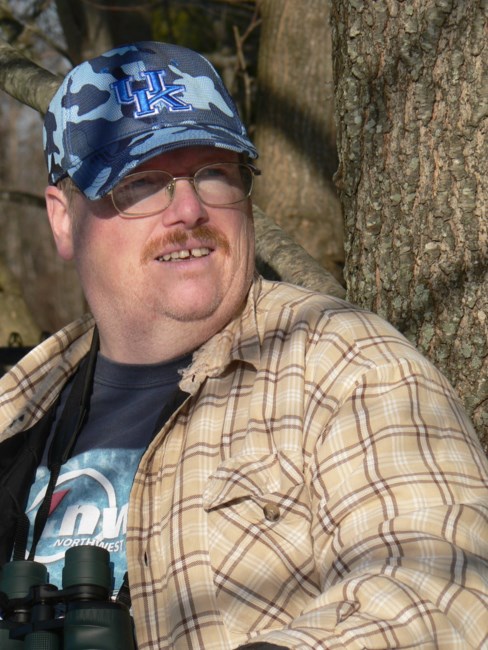 Robert C. Wilmoth of Louisville, Kentucky passed away on Wednesday, August 29, 2018. Born on June 17, 1957, Robert, or “Robbie” as his friends liked to call him, was 61 years of age. He was the son of Cindy Hayes, a professional singer here in Louisville, and Lawrence Vann Wilmoth, a dentist from Fayetteville, West Virginia. Robert was an avid lover of aviation having been raised in close proximity to Standiford Field in Louisville, Kentucky and Fayette Airport in Fayetteville, West Virginia. He was a long standing member of the World Airline Historical Society and in his later years was able to join the EAA as he flew his own Powered Parachute over the outlying areas of Jefferson County, Southern Indiana and West Virginia. For all those that loved him he will always be remembered for this; his love of all things aviation. Robert was the owner of Tailwind Custom Tee’s, which he operated over the past 15 years. Prior to running his own business he worked as a Route Driver at Lance, Inc., a Marshaller/Van Driver at the FBO Av Center at Standiford Field, a Driver/Order Clerk at Heitzman Bakery, and an Assembler at Kentucky Trailer. He is preceded in death by his parents, Cindy Hayes and Vann Wilmoth, his half-sister Vanna Daniels, his Aunts Jean Epley and Lee Bruner, and his Uncles Thomas Hayes, Shelby Hayes, and Jockey Hayes. He is survived by his wife, Ann Wilmoth, Brother-in-Laws Mark Culbreth, Bruce Culbreth (Marcy), and Alan Culbreth (Susan); and Lance Wilmoth. Memorial visitation will be from 11:00 am to 2:00 pm followed by a Memorial Funeral in the chapel at Evergreen Funeral Home (4623 Preston Hwy). All who would like to attend the funeral are welcome. In lieu of flowers, memorial contributions can be made to the family’s GoFundMe.com account. Donations can also be made in Robert’s name to the Kentucky Humane Society and WHAS Crusade for Children. To leave a special message for the family, please use the "Share Memories" portion below.
VOIR PLUS VOIR MOINS